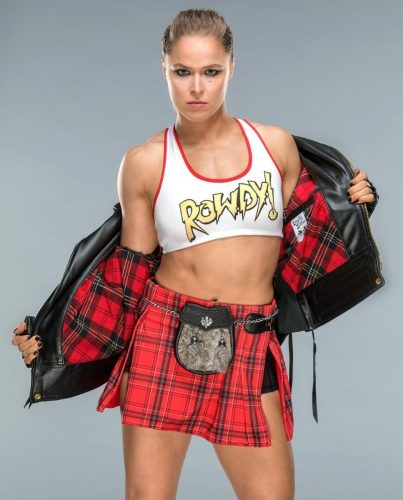 For the last several years, Reigns, who is currently sidelined as he battles leukemia, has been the most polarizing figure in WWE. He has main-evented four straight WrestleManias, won multiple world titles and generally been pushed as the face of the company. For better or for worse. Despite Reigns’ obvious talents, WWE’s diehard fan base simply never got behind him. He’s been blasted because he “can’t wrestle” or “can’t cut a promo,” criticized for hogging the main event spotlight, and bashed because his gigantic push was seen as a hindrance to the push of other stars who were more well-liked.

In 2019, the similarities between Reigns and Rousey have been striking.

It’s obvious that, much like Reigns, Rousey is some sort of a draw. Her strong YouTube viewership and reports that WWE views her as the company’s biggest attraction certainly back that up. She’s much like Reigns in that Reigns has also been a big viewership hit and is WWE’s new No. 1 merchandise mover, and yet, the crowd reaction you would expect to coincide with that simply hasn’t been there. As soon as Reigns found himself in a spot where he was perceived to be holding back other stars, fans, both casuals and diehards alike … Read the Full Story HERE