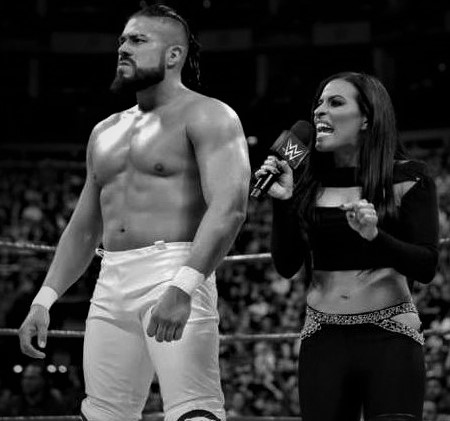 WWE SmackDown has big things in store for one of its fastest rising stars, and no, his name isn’t Roman Reigns, Kevin Owens or Finn Balor.

With WWE already announcing a blockbuster Intercontinental title match between Andrade and Balor at next month’s Super Showdown, the Wrestling Observer’s Dave Meltzer (h/t Cageside Seats) reports that Andrade has a lot of support from Vince McMahon and WWE management, and as a result, could be in line for the biggest push of his career. That marks the latest swerve in a topsy-turvy series of recent events that previously made it unclear what WWE thought of Andrade and how he might be used following his promotion to the main roster last year.

It was just over a year ago that Andrade was called up to SmackDown after a very successful NXT run, and although there were signs here and there of a possible push (he was even one of the frontrunners to win the 2019 Royal Rumble), he spent much of the past year being overlooked on the blue brand. Then, he was moved to Raw during the Superstar Shakeup last month only to immediately be moved back to SmackDown, a result of two factors: His high-profile relationship with Charlotte Flair and the fact that FOX officials wanted Andrade and Zelina Vegina back on the blue brand… Read the Full Story HERE