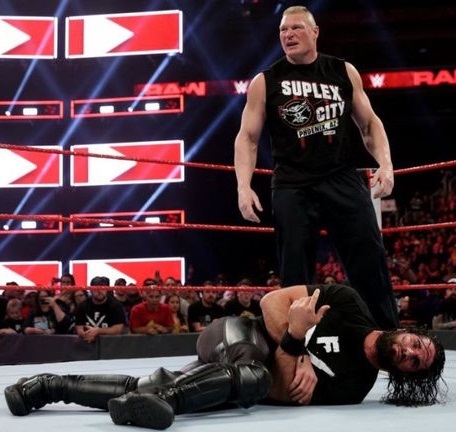 WWE knows that its WrestleMania – the brand – that sells. And because of that, hardly anyone is buying into the buildup to WrestleMania 35.

According to FORBES, WrestleMania is worth a staggering $195 million, and in recent years, the tremendous brand value of WWE’s flagship show has caused the storylines leading up to the show to suffer. After WrestleMania 34 achieved a record 2.1 million WWE Network subscribers despite a lackluster build to the pay-per-view for major matches like Brock Lesnar vs. Roman Reigns, it became clear that it is the pure spectacle of the show that is most responsible for making fans want to watch WWE’s biggest pay-per-view of the year.

That has unfortunately had a negative effect on the quality of both Raw and SmackDown. Purely from an in-ring perspective, WrestleMania 35 has the potential to be one of the best WrestleManias in history. But in terms of the build? The show has been a major letdown… Read the Full Story HERE