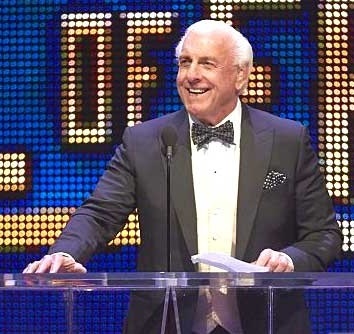 WWE’s notoriously lengthy Hall of Fame ceremonies are beginning to manifest themselves in the once-rare two-time WWE Hall of Famer.

For years, the first and only two-time WWE Hall of Famer was Ric Flair, who was inducted as a solo performer in 2008 and then again as a member of the Four Horsemen in 2012.

2019 will see the addition of at least two more members to this unique fraternity as both Shawn Michaels and Booker T will re-enter the Hall of Fame as part of D-Generation X and Harlem Heat, respectively. With rumors of Bret Hart and Jimmy Hart being re-inducted alongside the the late Jim “The Anvil” Neidhart, as part of the Hart Foundation, the once-elusive list of two-time inductees could spread across WWE’s Hall of Fame like the Ebola virus.

Typically clocking in at over four hours with a revolving door of boundless speeches, the WWE Hall of Fame has established a somewhat vilified tradition going on too long. Even 2018 keynote inductee Bill Goldberg—who spoke to a half-empty floor of WWE talent and personnel during his induction speech after many tapped out early—didn’t hold back when talking about … Read the Full Story HERE