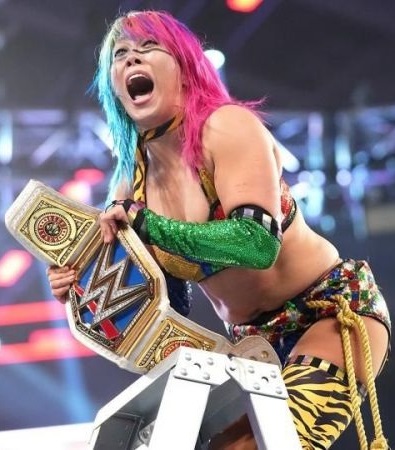 No one saw it coming. Yet, here we are: The women’s division has taken over WWE.

Just a few short months ago, WWE simply had a ridiculously talented crop of underutilized female performers, the vast majority of which were overlooked or ancillary pieces of a show that still focused largely on the men’s singles division. WWE’s female superstars, however, have, through a series of calculated moves, coincidences and random successes, taken over the WWE in a way that no female superstars have ever done before. Not Trish Stratus. Not Lita. Not AJ Lee. Not even Stephanie McMahon.

Rest assured, it wasn’t meant to happen that way, either.

By the summer of 2017, WWE’s female performers had already developed into bona fide TV ratings draws for the company, but they weren’t supposed to become the hottest acts in WWE. Then, in April 2018, Ronda Rousey made her in-ring debut at WrestleMania 34 in what was probably the best debut match in wrestling history. A few months later, Becky Lynch nearly won the women’s Money in the Bank match, setting off a hailstorm of events that caused Lynch to become “The Man” and WWE’s biggest underdog since Daniel Bryan circa 2014. Not long after, WWE’s women stole the show at Evolution … Read the Full Story HERE