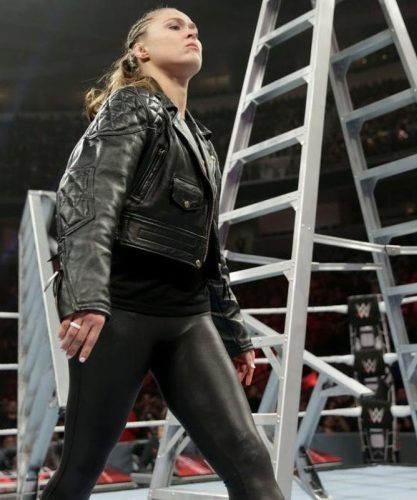 Becky Lynch lost her SmackDown Women’s Championship at WWE TLC 2018 in the first-ever women’s TLC match, surprisingly dropping the title not to Charlotte Flair but to Asuka in a booking decision that has some fans in an uproar.

But rest assured that, much like Nia Jax breaking Lynch’s face turned out to be a blessing in disguise that transformed “The Man” into an even bigger star, the same is true of her loss at TLC. Yes, believe it or not, Lynch dropping the SmackDown Women’s Championship is actually a good thing.

While Lynch losing the SmackDown Women’s title just a couple of months after winning it would, in most cases, be a massive letdown, that move by the creative team actually paves the way for bigger and better things for the most popular star in WWE. Reports have been making the rounds that Lynch vs. Ronda Rousey, once set to headline Survivor Series but delayed by Jax’s punch heard ’round the world, will now become the first women’s match to ever main event a WrestleMania at WrestleMania 35 … Read the Full Story HERE