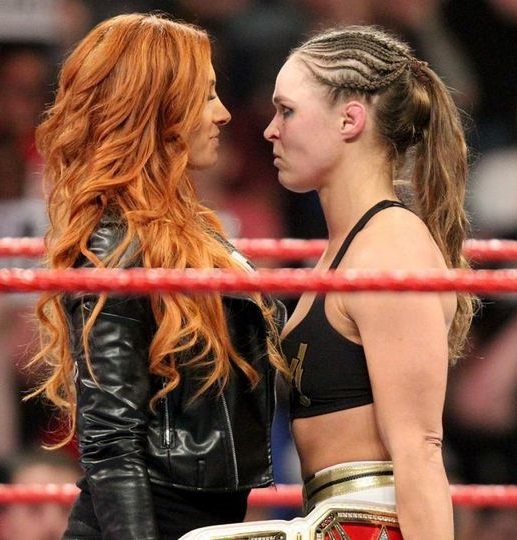 WWE’s women’s division, especially on Raw, has fallen apart since WrestleMania 35, and it’s because the glue that’s held it together for the past three years is gone.

In one fell swoop, WWE lost three of its most pivotal assets. As was long expected, Ronda Rousey has taken a hiatus from WWE, and it isn’t 100% certain that she’ll ever be back. While WWE had anticipated that Rousey would be gone, it likely couldn’t have imagined that Rousey’s departure would have coincided with two other major losses. First, Sasha Banks reportedly tried to quit WWE at WrestleMania itself, has been on the outs with the company ever since then and, like Rousey, isn’t guaranteed to come back. Then, Nia Jax underwent double knee surgery, and though her recovery is going well, there’s no telling when she will be able to return to the ring, either.

A lot has changed in the two months since Rousey, Jax and Banks went away. Most notably, WWE held a Superstar Shakeup that absolutely loaded up… Read More HERE