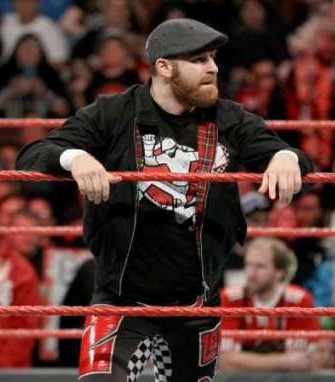 WWE Intercontinental champion Sami Zayn, who has made the decision to stay home during the pandemic, appears to be entering his final days as champion.

Jon Pollock of POST Wrestling reported the status of the Intercontinental Championship will be decided this week on Friday Night SmackDown, with all signs pointing to the absent champion possibly being stripped of the title en route to crowning a champion who is available.

Zayn has been outspoken about the Trump administration (which is staunchly supported by the McMahon family) and its handling of the coronavirus pandemic. Recent tweets in criticism of those who are protesting the pandemic are in line with Zayn’s current motivations to stay home until the country can be safely reopened. Zayn’s Twitter activity over the past few weeks has not been as politically motivated, however, with his last tweet simply stating he hopes everybody is doing okay.

There are a number of ways to look at WWE’s reported decision to address the Intercontinental Championship. WWE has gone on record in publicly supporting employees who choose… Read More HERE