WWE Raw finds itself stuck between a rock and a hard place with Ronda Rousey, whose first-ever singles bout will be for the Raw Women’s Championship at Money in the Bank. 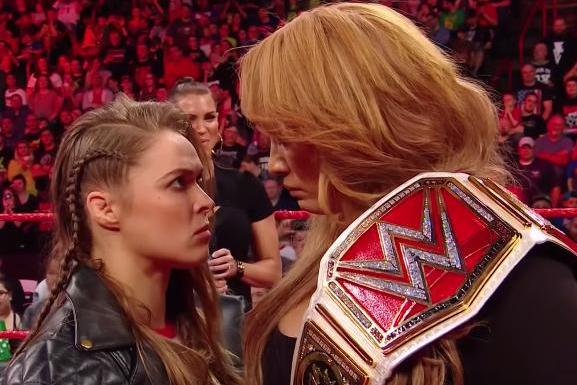 On one hand, it’s clear that Rousey does not have enough experience to be holding a title just yet. On the other hand, WWE has no choice but to push her as if she does.

This was always going to be a conundrum with Rousey, who will continue to be compared to Brock Lesnar even if those comparisons aren’t necessarily fair. Lesnar continues to work perhaps the easiest schedule of any WWE superstar not named The Undertaker and recently got himself a massive pay raise to boot, and it’s because WWE views him as the biggest attraction among its male superstars … Read the Full Story HERE