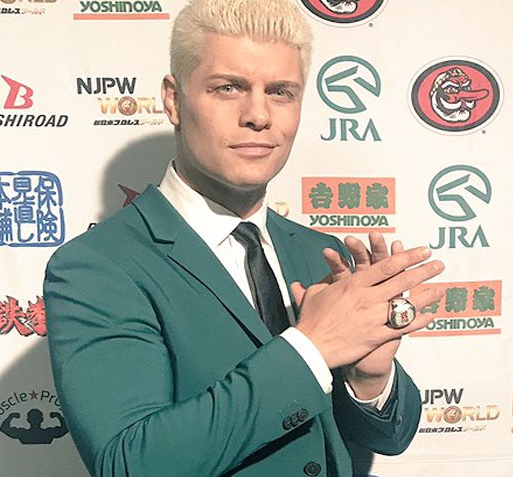 WWE is taking a page out of the AEW playbook and is ready to imitate the upstart promotion’s booking style.

As the competition between the world’s top two wrestling companies continues to heat up, the Wrestling Observer’s Dave Meltzer (h/t PWMania) reports that AEW will not be booking a heavily scripted show and WWE is expected to follow suit, at least to some degree:

“Legitimately they [AEW] are not hiring writers and we are going to see a live two-hour show with no writers, just wrestlers coming up with storylines and going out there and having to cut promos…By the way, on Raw this week several of the promos were not scripted word-for-word which is interesting. So, I mean it’s funny they may be copying or whatever. Let’s face it the scripted promos, we’ve all complained about them forever for whatever reason — they’re badly delivered and lifeless and all that so we’re going to a new concept and we’ll see if pro wrestling needs script writers.” – Dave Meltzer

At a time when WWE has undergone a number of significant changes to its creative team, it’s interesting to see that AEW is moving forward without a traditional creative team as AEW talent will have input on their own angles, a strategy that certainly makes sense because no one knows his character better than the person portraying the character himself. WWE–seeing the way that AEW is making waves with that unique style of booking–is apparently following suit. Interestingly enough, WWE has been letting top stars–including Bayley, Sasha Banks and Rey Mysterio–cut their own “bullet point style” promos rather than utilize the scripted promos that have plagued countless WWE stars over the years and have led to awful promos like this painfully memorable one from Roman Reigns… Read More HERE