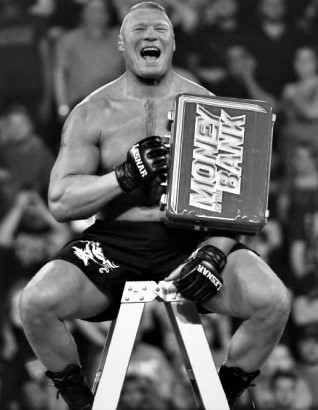 No surprise here: Brock Lesnar didn’t cash in his Money in the Bank briefcase on Raw as promised, and WWE’s biggest storyline continues to make absolutely zero sense.

Between April 2018 and April 2019, WWE only delivered on 95 of 237 advertised matches on Raw and SmackDown, meaning that a shockingly low 40% of announced main roster matches actually wound up taking place over that one-year period. That’s why many fans were prepared for a swerve on this week’s Raw, which was supposed to feature Lesnar vs. Seth Rollins for the Universal title. For some reason unbeknownst to fans, Stephanie McMahon promised on May 30th to “take action” against Lesnar and Paul Heyman for failing to deliver on their promise to reveal when Lesnar would cash in his briefcase on Seth Rollins or Kofi Kingston. How ironic is that?

What was even more bizarre, however, was when Heyman responded to McMahon’s threat by revealing late last week that Lesnar would cash in his briefcase on this week’s episode of Raw, just a few days after Baron Corbin, who’s been feuding on and off with Rollins for months, earned himself a shot at “The Beastslayer” and the Universal title at Friday’s Super Showdown special event … Read More HERE