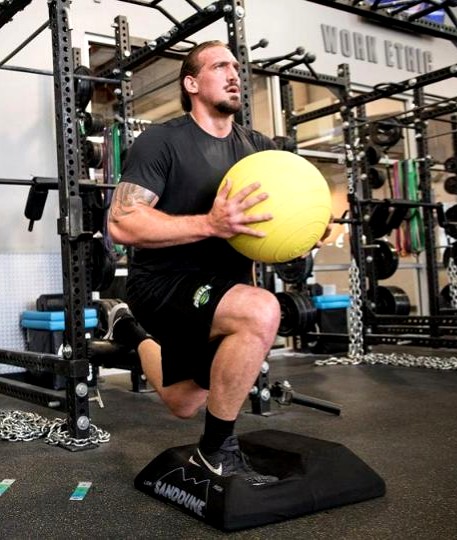 The WWE might have signed their next great giant.

On Tuesday, WWE announced the signing of six new developmental talents who will be headed to the Performance Center in Orlando in hopes of jump-starting WWE careers.

I wrote about the potential of Titan Games alum Emily Andzulis, as she is one of the brightest prospects, but there is one in particular who stands out more than the other five.

After two tryouts at the WWE PC, the promotion signed the 7-foot, 310-pound Zech Smith, an ex-basketball player from Oklahoma. Smith played college hoops at Cal-State Bakersfield, Morgan State and professionally overseas. Most recently, he played for the Washington Generals (you know, the team that is paid to be destroyed by the Harlem Globetrotters).

To put it plainly, he wasn’t a major college basketball talent–let alone an NBA prospect–however, he was gifted enough athletically to play beyond college, and in case you haven’t seen him, Smith is in monster shape… Read More HERE