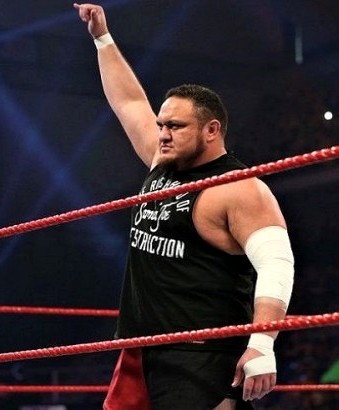 WWE insider account @WrestleVotes is reporting that WWE is expected to announce more wellness-related suspensions. The account went on to suggest that Samoa Joe could be one of the culprits, with many speculating Rey Mysterio could be another after Mysterio was DDT’d on the concrete by Angel Garza.

Andrade suffered a similar fate shortly before his suspension was announced last week.

Samoa Joe was last seen being removed from a tag team match alongside Kevin Owens in what was believed to be a legitimate procedure after it was believed Joe suffered a head injury. As of this writing, it is still believed Joe’s removal from last week’s match was not part of an angle, but a rumored suspension could muddy those waters.

It’s worth noting, sources inside WWE are “vociferously denying” any reports that Joe is currently suspended.