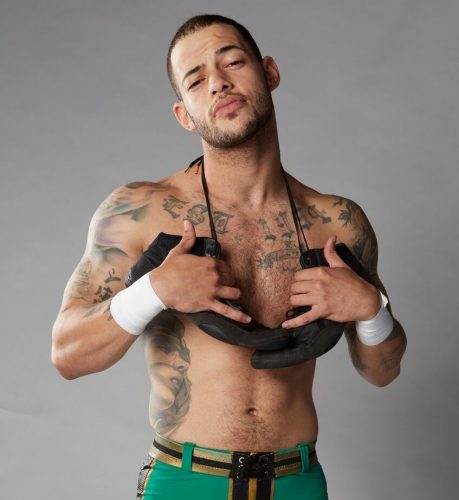 “This is a story, all about how…
Impact got flipped, turned upside down”

When the triumvirate of Desmond Xavier, Zachary Wentz and Trey Miguel emerged in Impact Wrestling in late 2018 – as The Rascalz – it was yet another sign of the promotion’s commitment to bringing in fresh talent. The gravity-defying, three-man team not only wrestled in the style of today’s generation, they were also young themselves.

For 24-year-old Trey Miguel, it was an opportunity to try a new gimmick in a new place, and a chance to work with two of his closest friends.

“Dez was already signed with Impact for a little over a year before Zach and I came on board, so it sort of started from there,” Miguel told TheGorillaPosition.com in an exclusive interview this week. “We had been working on the independents together, and we had just created enough steam for ourselves through word of mouth that we were starting to get noticed.”

“That’s pretty much what you have to do to make it now: Putting out videos, trying stuff through social media and just trying to get your name out there. We actually did a vignette that we made for another company, and Impact management got a hold of it. They saw it, and liked the idea. That’s how we ended up bringing the Rascalz to Impact Wrestling.”

Miguel, an Ohio native, trained under Dave Crist and has been involved in wrestling since he was just 14 years old. On top of that, he also may carry one of the greatest monikers in the industry today: ‘The Fresh Prince of Mid-Air’.

While some people might think the under-aged aerial artist is too green to remember the 90’s television series starring Will Smith, he says he’s earned his paraphrased nickname honestly

“My brothers are a lot older than me, so I never got to have the remote control,” he said, laughing. “So, whatever they watched? I was kind of forced to watch. All those old re-runs from the 90’s? They were always on TV in our house, so yeah… “I saw the ‘Fresh Prince’, and all those shows like that.” 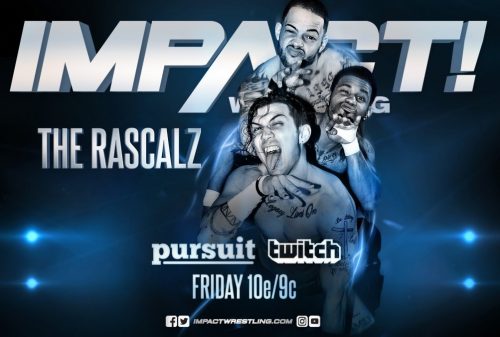 While much about the Rascalz has a ‘chronically‘ 90’s hip-hop feel, Miguel says that’s in line with the new age of wrestling fans, who like a mix of ‘old school hop’ with their ‘new school hip’.

The not-so-veiled references to marijuana notwithstanding, Miguel says that what the Rascalz really represent is just unbridled fun.

“Some people might see our vignettes, and get confused about the message that we’re sending out,” he said. “But, the people our age? They understand it, and just think it’s funny. I read a lot of feedback online, and I see the comments. I see what age the person is, and why they are responding. They get it; They know that it’s just part of who we are on screen.”

Miguel’s crew definitely got a response when they unveiled their finisher, ‘The Hot Fire Flame‘, it was a message to the world. Video of the high-flying, two-man flip went viral, as wrestling fans everywhere began to feel their flow.

“The finisher actually came from a dance move, where one person does a flip and then their partner throws them,” Miguel said. “Dez is the one who came up with it, and we thought we would try it. I’m actually the first one who ever took the move!”

Miguel also says that the three man combination works, not only because of their bond, but because the styles of the three work well as one.

“I just think us being a trio brings something fresh to the table, compared to what a lot of other people are doing right now. You see a lot of people doing singles or even regular tag teams. I think that we’re different, because we’re all interchangable, and we feed off of each other’s offenses. We just mesh really well together.” 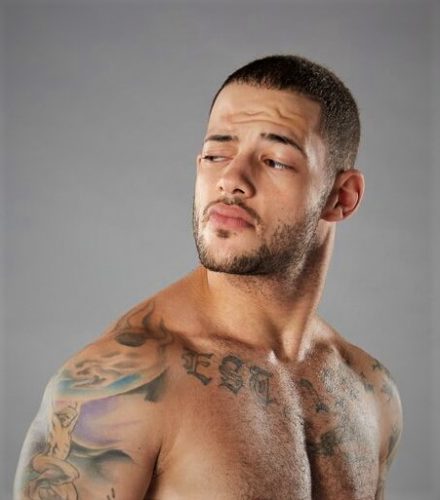 In other words, these guys got skills, man

Their backstage antics, however, are what have drawn them the most attention with the audience. In some rather ‘smoky’ vignettes, they’ve provided the Impact fanbase with an ounce of laughs – week in and week out.

“(The promos) are probably my favorite part about being in Impact,” he said. “We get the chance to show a little bit of who we really are.”

Miguel believes that versatility is what makes The Rascalz a group of compelling characters.

“The way I look at it is this: If you’re not in to our backstage stuff, then hopefully you are in to our wrestling. And, if you don’t like how we wrestle, then maybe you like the backstage stuff. Some of the funnier things we do, might capture an older audience who isn’t in to all the flippy-dippy stuff.”

“At the same time, I think the younger wrestling fans like the athletic moves they see in the ring. So, I think we’ve got a little something for everybody.”

However, putting the comedy aside, Miguel says the ultimate goal of the THC-filled trio is to establish themselves as the best tag team in all of Impact. The Rascalz have their eyes on the World Tag Team titles, and the Prince says they will employ some more ‘old school’ tactics when they finally triumph with the gold.

“That’s the ultimate goal for us, to win the tag team titles. And then, we want to defend them, old school style, under the Freebird Rules. We want to be a three man team, where you never know who you are going to face – in a singles, tag team, or a six-man.”

“We want to be the best team in Impact Wrestling. And, most of all, we want to entertain the fans along the way.” 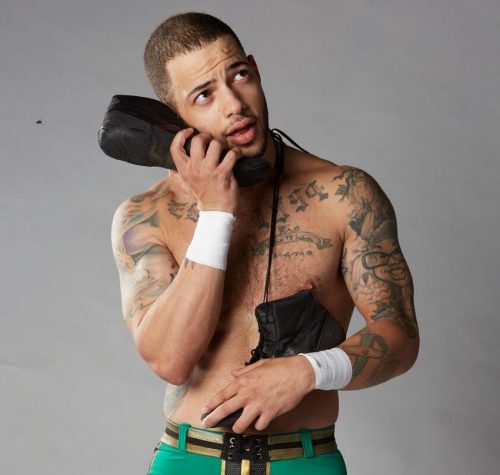