Sitting along the Ol’ Mississippi, St. Louis is a city full of many grand traditions. Woven somewhere between the Gateway arch and the statue of Stan the Man are the golden memories of Wrestling at the Chase. 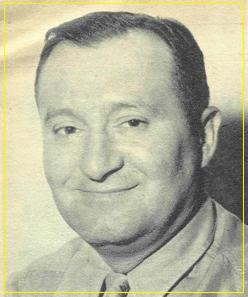 The St. Louis Wrestling Club’s weekly television show, the brainchild of promoter and NWA President Sam Muchnick, was broadcast on local channel KPLR-11 and was among the highest rated programs in the market in the 60’s, 70’s and early 80’s. The one-hour, action serial was often only topped by local news or Cardinals baseball games.

What set Wrestling at the Chase apart, however, was the setting of the Khorassan Ballroom of the Chase Park Plaza Hotel. The downtown, ‘evening theater’ environment attracted business people and metropolitan types, and early episodes of the show were filmed with patrons sitting at candlelit tables around the ring, instead of traditional rows of chairs. A large portion of the audience were nattily attired, in jackets and ties or dresses and heels.

“The show was the product of Sam’s vision,” said former Wrestling at the Chase announcer and producer Larry Matysik, in an interview with TheGorillaPosition.com recently. “It was certainly a different setting than the other territories, and that showed in the television product. Also, the way Sam ran the business helped to set it apart.”

The setting, the station, and the city proved to have a special kind of chemistry; Chase would often draw over 100,000 viewers per episode.

“We had a good relationship with KPLR, and working with them on the production end of things. There wasn’t a whole lot of change over the years, until all the way at the end. And we had an arrangement that worked out well for both of us. So, that made things easy.”

Matysik began as an office assistant for Muchnick in the 60’s, before assuming the position of lead announcer on the show in 1970. Now retired and living in the St. Louis suburb of Belleville, Illinois, the mic man was groomed for his role by the promoter who held the most powerful position in the sport at the time. 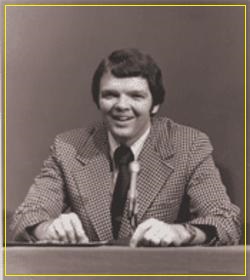 “I had been in the control room with Sam and was the director for a couple years. Prior to that, I would take 3X5 cards and I would write background on all the individual wrestlers, or the angles that were going on. Then I would give those to (announcers) George Abell or Mickey Garagiola.”

Over time, the constant documentation gave him an almost encyclopedic knowledge of what was happening in the territory. Amazingly, 50 years later, Matysik still has those same, weathered information cards.

“When I had the chance to do play-by-play, It was really no different. I just didn’t have to type the cards, because I already had the background.”

During his time as the voice of Wrestling at The Chase, Matysik emerged as one of the top broadcasters in the business. Like contemporaries Lance Russell in Memphis or Bob Caudle in the Carolinas, he became legendarily synonymous with the sport in his particular region. He credits his time under the learning tree with preparing him for that role.

Due to the NWA office being located in St. Louis, with Muchnick as its longtime President, more NWA World title changes occurred in the city than any other. The company’s monthly shows at Kiel Auditorium were regular sellouts. Cradled in that Golden Era, Matysik got a firsthand look at how the Alliance, and the championship, were governed.

During that time, he grew an almost paternal bond with the NWA President, who was always there to pass along his knowledge. 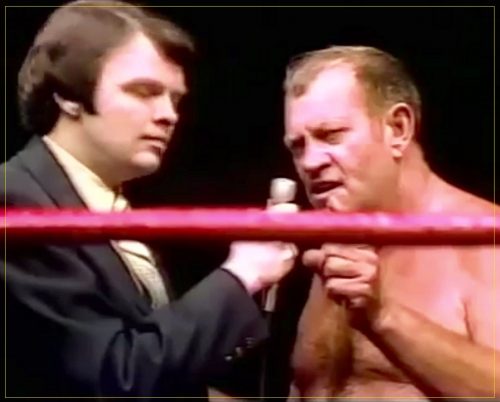 “When I suggested something- and it was wrong- he would say why it wouldn’t work. Then, he would lay out the reasons for me. Because of that, it made it very simple to learn.”

“I would say he was very was just very easy going, in my mind, and you could see it in how he dealt with the people who came in to the office.”

With Muchnick’s retirement and the NWA base slowly crumbling, Matysik would eventually go to work for Vince McMahon during his mid-80’s WWF expansion. Upon retiring from the industry, he continued to serve his home community of Belleville, Illinois, as part of the police auxiliary.

Upon first glance at the docile former broadcaster, one may wonder how such a quiet and docile man could survive in an era of the sport filled with tyrants. But, Matysik said he learned from Muchnick exactly how to deal with any situation.

“It was difficult, at times. A lot wrestling promoters were cutthroats. One thing that helped us was a tremendous amount of success. Sam had a lot of success, and that made a lot of people want to work with him. He was well established n the community, he had a great reputation, and those things went a long way.”

“I’ve had many tell me over the years I was too nice. Maybe that is true, to some extent,” he recalled. “When Bruiser Brody and I became really good friends and partners, he would go out there and be the tough guy in the dressing room, and get things done. And I could be the nice guy in  the office.”

At one point in the early 1990’s, Matysik was even approached with the idea of heading the creative team at WCW. Changes were being made by the folks at Turner Sports, and they were looking to draw off some that old St. Louis success.

“(St. Louis TV executives) Jim Herd and Jack Petrick had gotten involved with WTBS at that time” he said. “They were approached by someone at WTBS about finding someone to run the wrestling side of things. They got a hold of Sam, and he suggested me.”

Matysik said that obligations at home, as well as some reservations about the environment in Atlanta, kept him from taking the offer.

“Brody was gone,” he recalled. “He had been murdered. If I would have had him around, to perhaps be in the dressing room, to do the things that were necessary… that would have left me to work in the office. Maybe that would have worked.”

“But there were so many people involved in that company down in Atlanta at that time, and I wasn’t comfortable that it would be a safe place to go. I just wasn’t willing to make that change. But, I did come very close. I thought pretty long and hard about it at the time, though.” 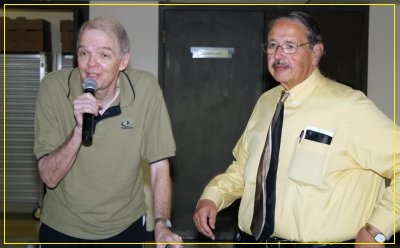 Today, he can be seen attending events and working the crowd at Southern Illinois Championship Wrestling, ran by his friend and fellow Muchnick protege, Herb Simmons. The two picked up the mantle of local promotion when Muchnick retired.

Beyond the microphone, he’s an accomplished author, with five titles to his credit. In 2005, Matysik released a book chronicling his career, his relationship with Muchnick, and the history of the sport in the city, Wrestling at the Chase: The Inside Story of Sam Muchnick and the Legends of Professional Wrestling. He also penned the definitive biography on the life of his late friend, Brody, with his widow, Barbara Goodish.

“I’m currently working on my latest book, which is showing the differences in promoting between Sam Muchnick and Vince McMahon,” he said. Matysik is likely the only person to have worked in a front office role for both men. “I just want to take a look at both men, in terms of how they worked, and what they did. I had the unique position of seeing them both from that perspective.”

Meanwhile, he continues to fight the debilitating symptoms of spinal stenosis on a daily basis, and was even  hospitalized earlier this year.  The pain slows him down, but it has yet to stop him

“I was diagnosed in my 50’s and, even then, they said I was pretty young to have it,” Matysik said. “That’s been very difficult, battling that. Everything from sitting, talking bending, turning, to lousy posture.”

Even still, he keeps the go-forward attitude instilled in him by his mentor, with the same Midwestern fortitude that he brought to those gritty, Chase broadcasts. It’s a passion for the sport he carries to this day, fifty years later.

“I’m hoping to get two more books done, if my back will cooperate. If anyone knows the effects of spinal stenosis, it makes everything you do more difficult. Having said that, I’m glad to be feeling better, and still talking wrestling with all the great fans we have in this area.” 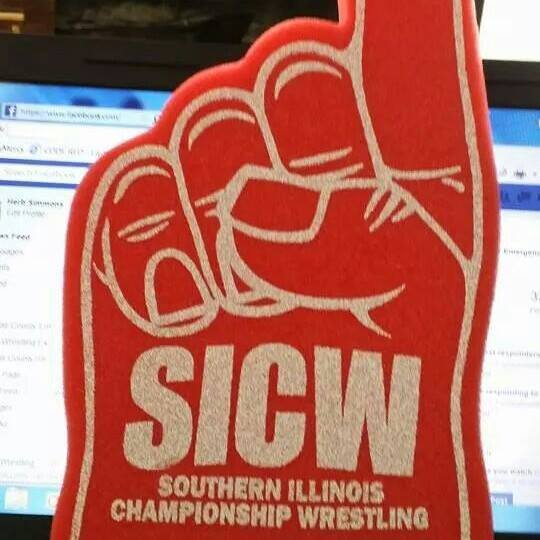 From the Khorassan Ballroom, Larry Matysik takes us back to the glory days of professional wrestling. This unique 1999 documentary covers the story of KPLR’s hit TV show, “Wrestling at the Chase” and the men and women who lived it.