Following a dual move to Florida, and a 6-month hiatus, Throwback Championship Wrestling, is re-branding and re-launching as Genesis Pro Wrestling, based in Orlando. 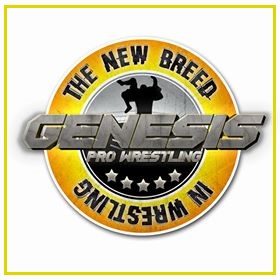 Veteran promoters Chris Lash, and Shaun “Shooter” Balaban have joined forces, and will begin monthly television tapings, and larger quartely IPPV’s on FITE, and other platforms.

Calling itself, “The New Breed in Wrestling”, Genesis will feature former developmental talent, as well as up-and-coming performers based in Florida, Tennessee, Louisville, and Georgia. Their first television taping, for a new 30 minute show called Unhinged takes place on Wednesday, December 13th at the Team Vision Dojo in Orlando.

“We’re excited about the new brand, and television show. I have something to prove with this production.” said Lash.

“I’ve been a part of many pro wrestling projects for well over a decade, but this one is a whole new animal for me,” Balaban said. “I’ll be wearing multiple hats, and I’m very excited about this new venture with Chris Lash.”

“Chris and I have different views on a lot of things, but a common goal,” he continued. “Make sure to stay tuned and follow our journey.”