“All adventures, especially into new territory, are scary.”
— Sally Ride, The First American Woman in Space

This week will mark 50 years since the original moon landing on July 20th, 1969. In the grand scheme of things, that’s not really a lot of time. Yet looking back, it’s strange to think of all the other boundaries we’ve broken since Neil Armstrong first stepped foot on the lunar surface.

From the sexual revolution all the way to rise of the internet age, our horizons just kept on expanding. Along the way, it seems like everything has changed, or been reinvented, a hundred times over.

Now, the benefits of scientific and cultural progress are everywhere. And, if there’s anything in the world of pro wrestling that symbolizes how quickly the earth is spinning today… just look at the evolution of women in the ring.

Since the start of this century, women’s wrestling has been like a rocket ship flying higher than ever. And, even WWE got in on these trailblazing tactics. In the last five years, the ladies there have gone from being an afterthought, to headlining a WrestleMania. This, after decades of being a non-factor, at least in terms of being treated as serious competitors.

Back in 1969, the thought of female competitors appearing in the main event would have been considered preposterous. But in 2019, it’s being lauded and applauded. So, I guess that old saying still rings true: You really have come a long way, baby.

Which brings us to Tessa Blanchard, arguably the best all-around female wrestler in the galaxy. A third generation luminary, her poise, presence, and persona have blessed her with all the makings of a TV star. Then, when the bell rings, she handles her business better than most men do. 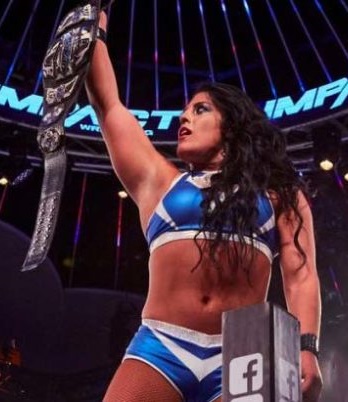 Without a doubt, Tessa’s technical skills and ring psychology are second to no other performer, regardless of what race, sex, or species they may be.

In other words… she’s got out of this world talent.

On what turned out to be one of the best cards of year so far, Blanchard took on Sami Callihan at Slammiversary, in an inter-gender, hardcore match for the ages. In fact, she showed a level of bad-assery that defied most conventional thinking.

Walking to the ring with a golden baseball bat, Blanchard not only controlled the crowd, she also looked believable in her battle with the nefarious Callihan. In fact, her match against The Draw probably got the biggest reaction of the entire night. And, it was a defining moment on a show that received almost universal praise.

It wasn’t the first time that Blanchard has been in this type of pioneering match-up. She’s wrestled plenty of times against men in the past, but this one felt different. This feud with Callihan seems to be leading to a time and space that we haven’t quite seen before.

With her current success and status, The Undeniable One has become one of the first names immediately mentioned when people start talking about Impact. She’s also raised her profile by wrestling all around the world, and of course, has one of the most famous surnames in the history of the sport.

Blanchard’s appearances are one of the highlights of Impact’s weekly programming, and she always gets a huge reaction. Now, whispers among that loyal following have led to speculation that Tessa could be the overall figurehead of the company, and that she should be challenging for the championship.

No. NOT the Knockouts title… The World Heavyweight title. The one currently held by Brian Cage. 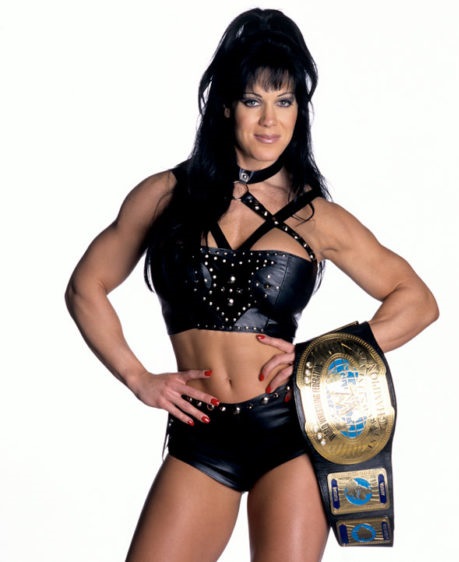 Of course, this type of thinking is not completely new, by any stretch of the imagination. We’ve seen women wrestle men before, and even capture championships from their male counterparts. One of the greatest examples is when Chyna shocked the world by winning the WWF Intercontinental title from Jeff Jarrett in 1999.

Even at that time, her victory was considered an alien concept. But now, it’s not so out of the realm of possibility. Several independent wrestling promotions have already had women as their main titleholder. Most notably, Lucha Underground crowned Sexy Star as their champion in 2016.

Having stated that – Tessa Blanchard, potentially headlining an event where she challenges for the Impact World Heavyweight title? That would be a Close Encounter of a much different kind. Even by present-day standards.

For many longtime fans, it would be a giant leap, for a major promotion to essentially erase gender boundaries when it comes to their number one crown. While many attitudes have changed in terms of how they view women’s competition, a large portion of the audience hasn’t fully warmed up to the concept of inter-gender competition. Nor do they take kindly to thought of a woman actually holding the “Men’s World Title”.

It may also be polarizing inside the locker room, as some male wrestlers aren’t too keen on the idea of ‘fighting a girl’. In fact, one of Eli Drake’s reasons for departing Impact was that he refused a match against Blanchard. It’s not hard to imagine that other men might not be totally comfortable with that type of match-up, either.

It’s an old standard, but it still exists; That’s the reality of the situation.

On the other hand, there’s a large faction of younger fans who have fully embraced ‘a man vs. a woman’ as simply just another match on the card. They’ve abandoned the flat-earth ways of yesteryear, and don’t even bother to put the intergender label on anything. It’s a generation that has become immune to the lines of sexuality, and just feel like, “wrestling is wrestling”. 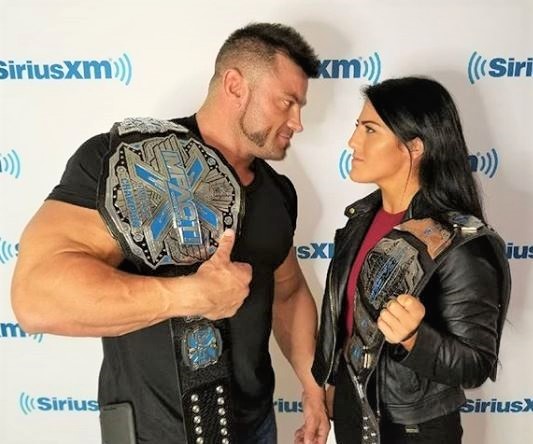 For the most part, I’m not a strong proponent of the intergender phenomenon myself. The visual of a man fighting a woman just bothers me, even though I know deep down that it’s a performance. I realize that some fans enjoy it, but it just isn’t my personal preference.

Having said that – if there was ever a person you would choose to make that astronomical leap with, it would be a superstar the caliber of Tessa Blanchard. She’s got all the qualities and the pedigree to be the focus of the promotion, and she’s most certainly earned it through her work ethic and determination.

The signs appear to be there, as well. Tessa has been performing more and more with her male counterparts, while staying above the fray of the Knockouts Division. Add in the fact that she’s faced off with Brian Cage before, in a couple of well-received matches for WrestleCircus in 2018, and there’s already some history (and chemistry) there.

The thought of Wonder Woman challenging The Terminator – perhaps even at this year’s Bound for Glory – has to be intriguing to the Impact brass. For a company badly in need of some buzz and attention, it might be a good idea on Impact’s part to crown their first ever, female World Heavyweight Champion. Right there, in Chicago… at their biggest event of the year.

If nothing else, the move would grab some headlines and make them the talk of the wrestling world. It would also rightfully award a place in history to one of today’s greatest performers.

So, there’s a strong possibility that Tessa Blanchard may soon go where no woman has gone before.
And, if that happens, we’ll know that we’ve reached The Final Frontier.