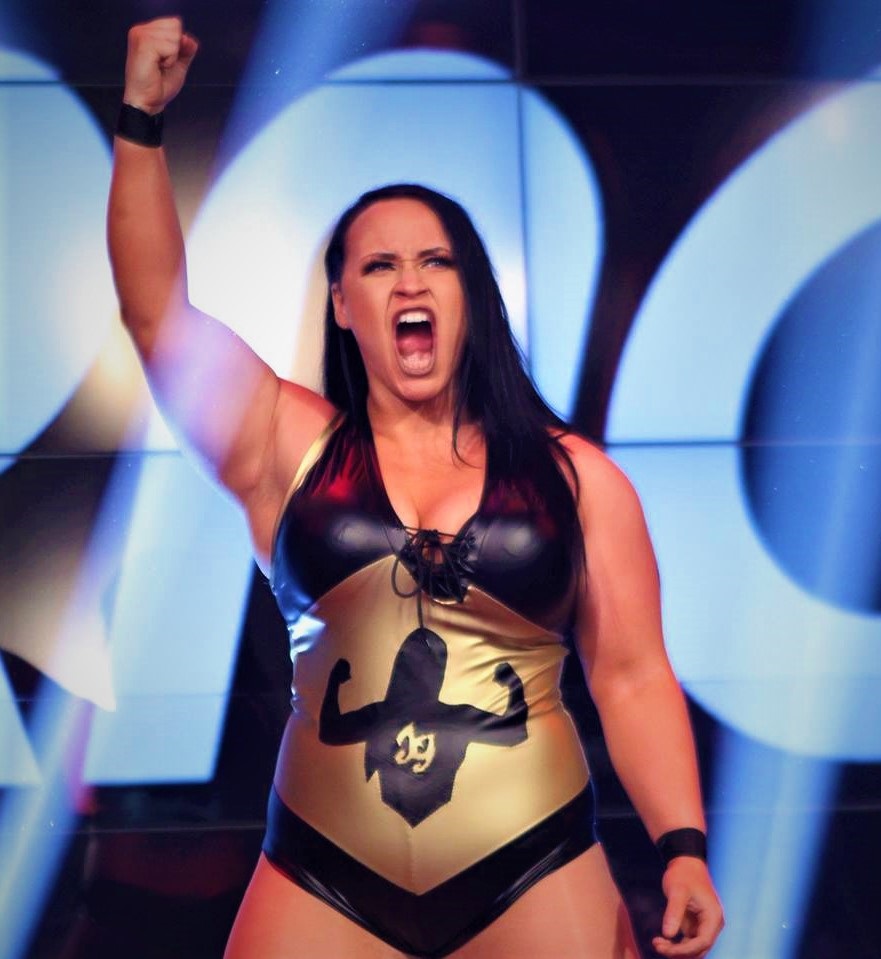 This Friday night on Impact, we just might see the crowning of a new ‘Princess of Power’ in the Knockouts Division.

Jordynne Grace, the 23-year-old fireplug of fury, is set to face Taya Valkyrie for the Knockouts title this week at Against All Odds.

Grace made her debut with the promotion back in November, and right away, put the competition on notice. She’s been undefeated so far, and on the March 15th episode of IMPACT!, Grace took another step forward in her career, by pinning fellow phenom Tessa Blanchard to become the number one contender.

Grace’s rare mix of power and explosiveness is a stark contrast to most of her fellow competitors, and the audience has responded to her unique and innovative style. They’ve showed high regard for her old school, no-nonsense approach, and stayed focused on every move.

Whether it’s amazing feats of strength or showcasing her straightforward persona, she’s been an instant hit with the fans.

“It means a lot to me (to have that type of reaction),”  Grace told TheGorillaPosition.com in an exclusive interview this week. “It actually warms my heart, in a lot of ways, because I never saw myself as someone who would be really all that likable. So, to have the fans react to me like that is pretty special.”

She’s gained a legion of followers who admire not only her power, but her personality, as well. The youngster has shown ‘Grace Under Fire’ and a poise that most 20-somethings don’t normally display. It’s something the fans have already been receptive to.

“I think the appeal is probably a little bit of both,” she said. “I don’t think I’m the best wrestler in the world, so I don’t think the fans like me just for my wrestling. I also think part of is that people can relate to my situation. Because they’ve seen me make a major transformation. I was 240 lbs, and I lost a ton of weight. People could see that, and I think a lot of them can relate to that.”

Unlike the cookie cutter, Barbie-Doll stereotypes, Grace is the symbol of a new generation of female grappler. She’s a consummate powerlifter, who takes pride in her gym routine. 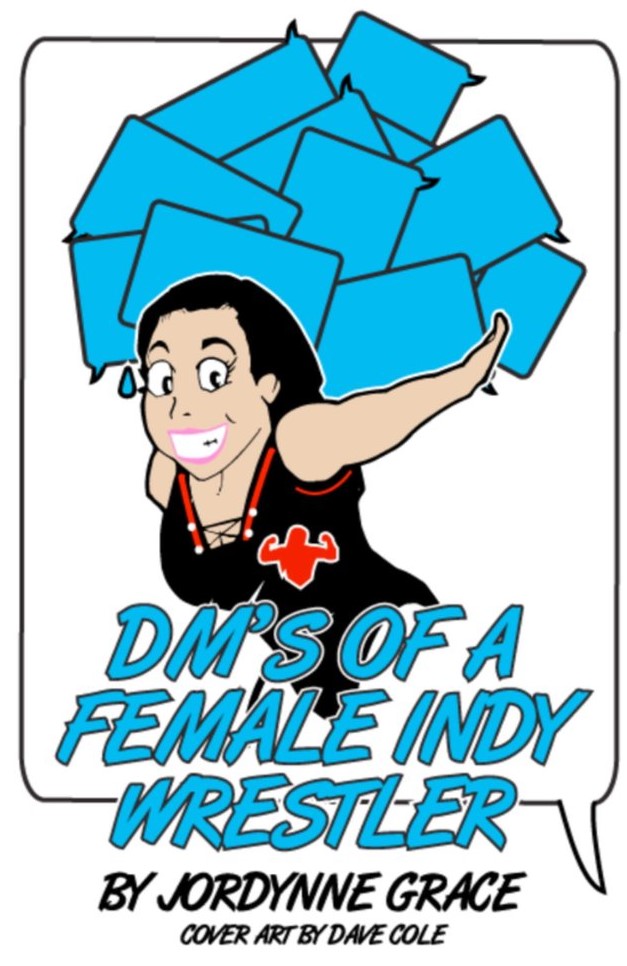 On top of that work ethic, she’s also well-rounded and confident outside the ring. Frustrated by some of the crazy things she was dealing with on social media, she turned that animus in to a special project.

Her book, DM’s of a Female Indy Wrestler, chronicled the awkward, disgusting and even scary messages that she was receiving from “fans”. Grace received praise for having the courage to not only make these interactions public, but also for donating part of the proceeds to Rape, Abuse & Incest National Network (RAINN).

She still documents her time in the gym and in her personal life on various platforms, and stays interactive with her real fans, while eschewing any of the negativity.

“I wanted to show how people (on social media) can be so mean, and think they can hide behind a keyboard and say whatever they want.”

“The Comments that are nice? I respond to them, but I don’t usually quote that person.”

Because of her self-confidence, Grace has been tabbed as a role model. She says it’s a label she doesn’t mind, and hopes other young women find similar strength in whatever they pursue.

“I think it’s fake, actually,” she joked. “I don’t know if I’m really as confident as it might appear. But, I also think that I have to have an ‘air’ of  confidence, or I’ll get eaten alive. basically. This is a really tough business – especially if you’re a woman. There are so many aspects where people just look for attractiveness. So, you have to have confidence in yourself. Especially for me, because I don’t look like all the other girls out there… So, I kind of had to be stronger than all that negativity.”

“But, it’s definitely hard to be a role model, sometimes, or even think of yourself as one. Especially when you want to say things to certain people, because of the way they treat you or things they say online,” she stated. “But I don’t want to lower myself to that, either. I try to do my best, but sometimes they get the better of me, and I have to say something back. So, it’s hard… because I certainly don’t want to always be quiet. I always want to have a voice, and be able to go out there and be an advocate for certain things.” 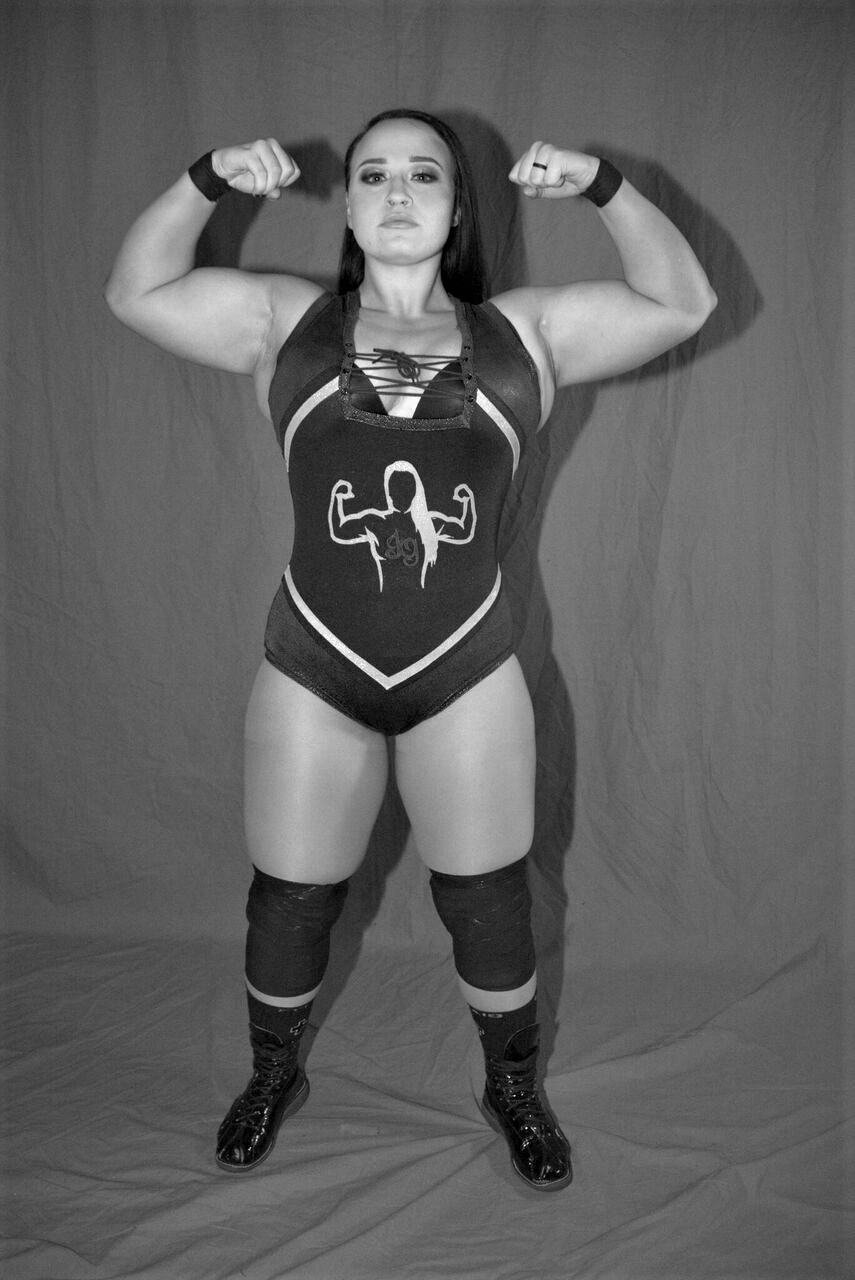 “When I was young and first starting out, I feel like I made a lot of mistakes. I think people have tried to define me by those mistakes. And maybe at the time, I wasn’t the best wrestler, but I was still out there working and trying to be the best I could be. I hope that’s what the people see when they look at me: The work I’ve put in to get here.”

This future Queen of the Ring has also found her King, having gotten officially engaged to fellow wrestler Jonathon Gresham in October. So, things in her personal life have come full circle.

But in terms of her career, she took the biggest step towards her ultimate, crowning achievement by defeating Blanchard, a former champion in her own right.

“Tessa is one of the best wrestlers in the world, so anytime I’m in the ring with her, she brings out the best in me. That (contender’s match) happened to be my night, but I can see us hooking up in Impact for a lot of years to come.”

By slaying the dragon, she’s ascended to the number one contender’s spot, and her showdown this week with Valkyrie.

It now appears that she’s ready to pull the sword from the stone, and claim her rightful destiny. And, with ‘La Wera Loca’ recently turning heel, Grace knows that she’ll likely have even STRONGER support from the crowd.

Despite her steely exterior, Grace says that type of reaction means a lot to her. It’s fueled her to this stage of career, and something she carries with her to the ring – and in life.

“For all the people who have supported me, I want to thank them so much for believing in me, no matter what,” Grace said. “And for the people who don’t like me. what can I do? Just smile and move on, because there’s really nothing you can do. Making them happy isn’t my focus. My focus is to keep doing what I’m doing. Just keep trying to be the best wrestler I can be.”

Get the coronation ready… It sounds like Jordynne Grace is ready to be crowned, as the Future of the Impact Knockouts division. 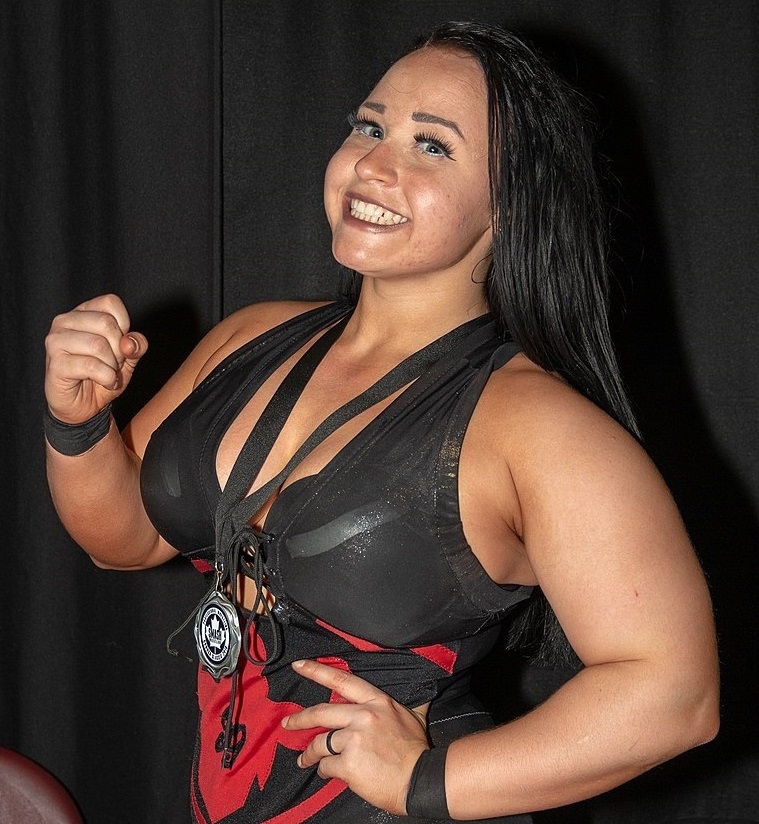 BUY THE BOOK: DM’s of a Female Indy Wrestler

One thought on “HEIR JORDYNNE”