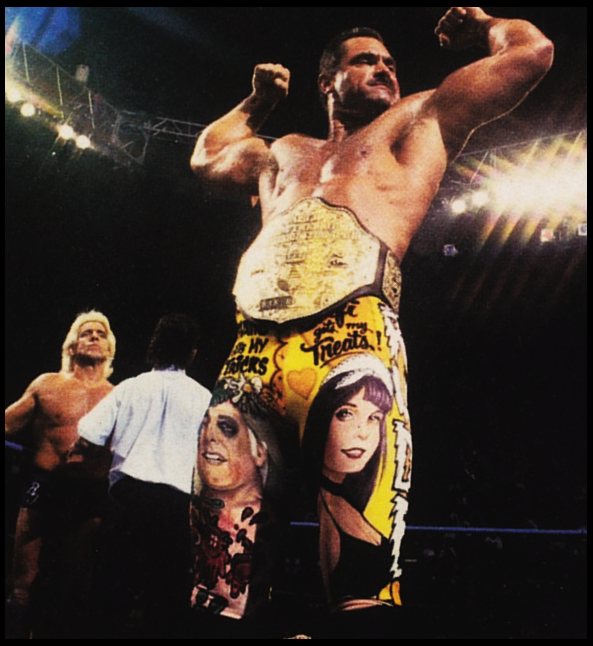 At the time, Rude was awarded what is now traditionally referred to as ‘the Big Gold Belt’, which had formerly served as the symbol of the NWA World championship.

WCW had recently withdrawn from the National Wrestling Alliance, in doing so, also relinquished the rights to continue using the NWA name. From that fallout, WCW created their own championship, dubbing it the WCW International World Heavyweight Championship.

Rude would hold the title until he lost to Hiroshi Hase on March 16, 1994 in Tokyo, Japan, He would then re-gain the title eight days later.