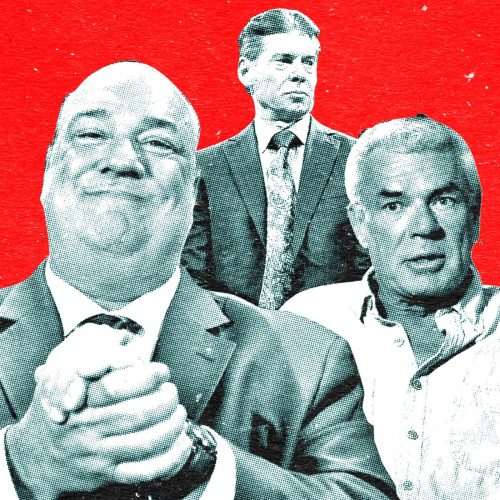 @NotJargo and @TheRealRBV are back with a whole new episode of the Hitting The Marks Pro Wrestling Podcast powered by the ROAR Network at thegorillaposition.com, presented by Hamin Media, and in association with lastwordonprowrestling.com

– The WWE nearly shutdown the internet with the announcement that Paul Heyman and Eric Bischoff would be taking over directional control of RAW and SmackDown respectively. Jargo & RBV dive into deeper issues that might be responsible for the moves.
– Becky Lunch rubbing off on her man? Seth Rollins recently took to social media with a few attention grabbing post.
– Evolve Wrestling is going to air on the WWE Network….. Against AEW. What does this mean for a potential war?
– Baszler marches on. Jargo & RBV praise the recent booking and presentation within the NXT Women’s Division.
– The Von Erich Brothers have officially landed in MLW. What does their future hold?
– Show previews for ROH Best in the World and AEW Fyter Fest.
– Jargo sits down for an exclusive interview with New Japan Star and G1 Climax Competitor, Lance Archer. The two talk a lot of history and what the future holds for the 6’8 265lbs American Psycho.