This past weekend the UFC had the yearly Fight Week Festivities where they induct new members into the UFC Hall of Fame and put on their biggest card of the year. Within a matter of 48 hours, the top two paid WWE stars appeared on UFC programming for very different reasons. 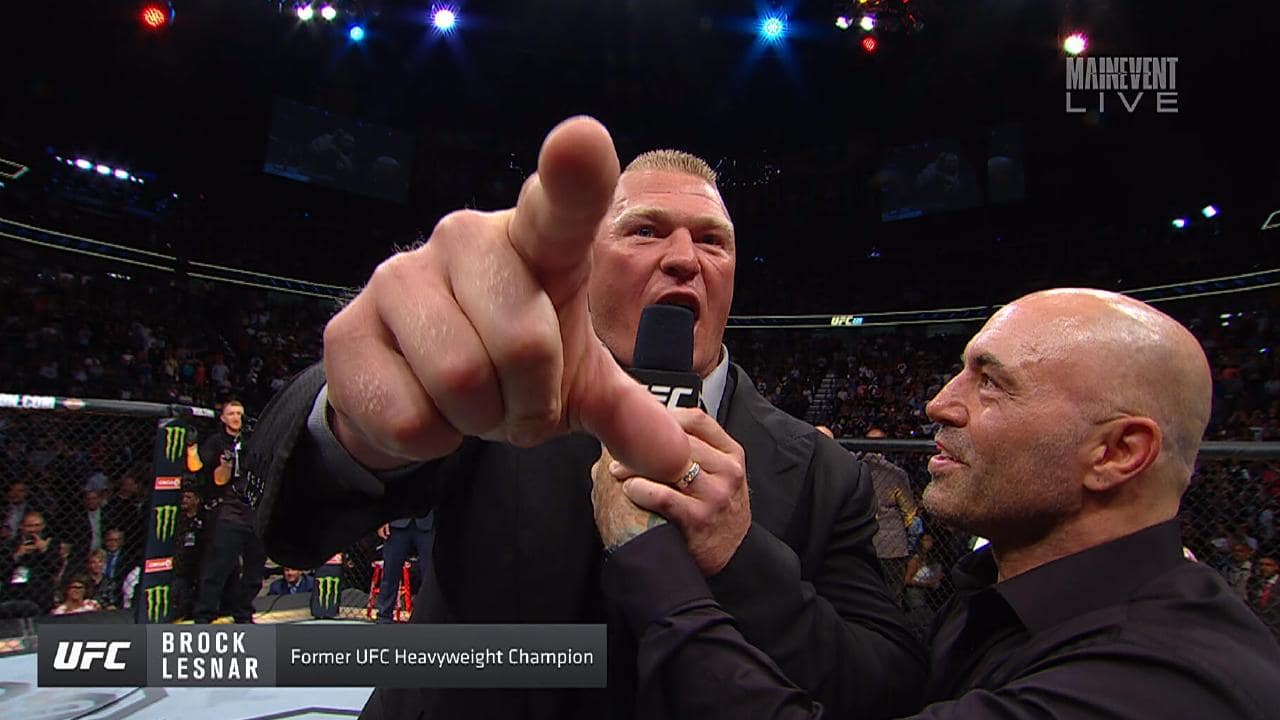 Over the years both Ronda Rousey and Brock Lesnar have recieved a lot of criticism, naysayers and fans of both industries blasting them all over social media. There are two things that Rousey and Lesnar have in common and that is UFC and WWE. They are both highly decorated athletes who have been in the spotlight and have had ton of media coverage. While they both appeared on UFC programming this past weekend it was for very different reasons. Rousey and Lesnar are two very different people with two very different attitudes. This weekend proved that in such a way where I have a lot more respect for one, and a lot less respect for one.

Rousey was inducted into the UFC Hall of Fame and gave a very heartfelt speech about how grateful she was to the fans for allowing her to be the first female to make an impact in the UFC. The critics and keyboard warriors can say what they want about whether or not  … Read the Full Story HERE