During the explosion of the Monday Night Wars, both WCW and the then-WWF were exploring as many platforms as possible to reach their growing mass of fans. Everything from in-house magazines, to 1-900 numbers, to this rapidly growing thing called ‘the internet’ opened doors for the audience that they had never been exposed to before. 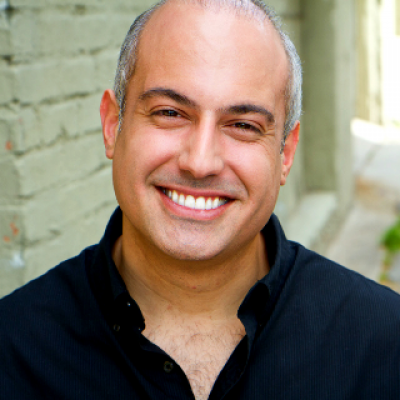 Fans had an insatiable appetite that demanded as much information about their favorite wrestlers and promotions as possible. During that time, broadcaster Chad Damiani found his way in to the industry as one the voices behind that media machine.

Damiani began working for World Championship Wrestling in 1997 as host of their Hotline, before moving to various other duties during the heyday of the promotion.

“I had one of the more unique entries in to wrestling,” Damiani recalled during a recent conversation with The GorillaPosition.com. “It all kind of happened by accident.”

“I had gone to Turner broadcasting in 1996, to work on a project called STID, which was supposed to be a website network… back at a time when the technology didn’t really support what they wanted to do. Basically, they brought a bunch of twenty-somethings down, gave us a budget and said, make a network.”

“Of course, we bombed miserably. After about a year, they shut it down. But, in that time, I met some people who were working for WCW.com, because they were in the same building we were in.”

“I had gone back to New York to pursue play-writing, but friends from Atlanta kept me a lot of work to do for the (WCW) website, because they didn’t really have a staff yet.”

“So I would watch shows and write reports. Then, when the nWo hit it big, they created an nWo hotline. Because hotlines were big money back then. So, I ended up being sort of a backup host on the hotline.”

Damiani said that when talent became uninterested in cooperating with the dial-in pay service, it fell to him by default.

“I started out as sort of a ‘backup hotline host’. It’s funny to think about now, but they expected the talent to come in and do stuff for the hotline. They expected guys like Scott Hall, Kevin Nash or Randy Savage to come in and record at least one message a week. And of course, they would forget.”

“It was my job to check the hotline at midnight, and if they didn’t record their message… I was to record a message,” Damiani recalled. “So, it was presented to me that I might go 30 days in a row before I got to do one.  But if I did one, and they used it, I would get paid 200 dollars.” 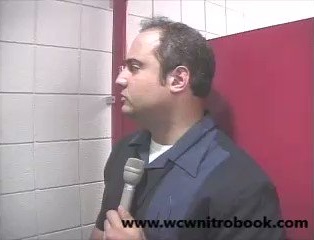 “So, for a long time, I was making 200 dollars a day – just to record messages – because the talent didn’t really want to be bothered with it. It’s still the best job I ever had,” he laughed. “I was just having fun with it, and doing little parody recording. I didn’t know this, but the people back at the office would hear it every morning when they would check to see if someone had recorded a new message. Turns out, they would actually gather, drink their coffee, and listen to this dumb thing I was doing.”

With one foot already in the door, his opportunities in WCW expanded.

“From that, I got invited to be a grip, just to run cables at a pay-per-listen in Boston,”  Damiani said. “They only invited me, because I could take the train from New York – and they figured it was cheaper to bring me instead of someone all the way from Atlanta.”

The event, which was during the infancy of streaming services, was a radio-type broadcast that was strictly for the web. WCW would broadcast six of these events between 1997 and 1998.

“Gene Okerlund got food poisoning that day, which is probably one of the only times in his career that he missed a show. And it happened that I was the only one qualified to go on and talk about the event. So, I just went on and did it in the same way I did things on the hotline, and just had fun with it.”

While it was a unique experience, the foreign concept of wrestling radio – as well as the primitive technology at the time –  would derail the audio experiment. It didn’t stop Damiani, however, as he would become a fixture with WCW’s media team.

“I was told that some of those guys went back to Atlanta, and told Eric (Bischoff) that I was pretty funny,” Damiani said. “And next thing you know, I was working with WCW.”

He was a writer for the website, and also involved with WCW Live!,  the interactive, online program hosted by Jeremy Borash and Bob Ryder.

“Wrestling actually plays well for radio,” he said. “You wouldn’t think that, but really to me, it’s just like baseball. It’s easy to visualize. And after a while, I got to where I really wanted to help shape how we did it,  from the website to the broadcasts. To where we balanced between ‘smart’ and still honoring the product.”

“We were ahead of our time, because when we would do these audio podcasts… there were all these (wrestlers) who would come on and genuinely be themselves. They could pop on and just play around and joke, and that was something you hadn’t seen or heard yet.”

“We were pretty innovative, if you look back and think about it. WWE has done a lot of that stuff with their network and stayed true to that type of product. But, we were doing that 20 years ago.”

Damiani remained with WCW all the way up to the end in 2001.

“When I saw the Nitro the night that Vince bought the company, I thought we were going to keep going forward — and that they would just run WCW,” he said. “When I got a call from the office the next morning, I was excited. But, they were calling to talk to me about my severance package.”

Since leaving wrestling, he’s moved on to Hollywood, working steadily as an actor and a writer. 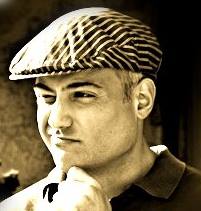 “In 2003, I came out to Los Angeles, and I was pretty burned out on wresting. And in a weird way, I feel like it almost proved to me that it wasn’t for me – at least not full time. I was just ready for something new, and piece by piece I kind of re-built my career.

“Right now, I’m a performer and a writer; I’m a member of the WGA (Writer’s Guild of America). I’ve sold five network pilots. I wrote several drafts of movies, and a bunch of TV shows. I was involved in producing a series called Anchorwoman.”

In the past few years, Damiani has racked up several credits, been written about in New York Times Magazine, and just recently wrapped up shooting on a project for the FX Network.

He’s also a regular stage actor. As one-half of the comedy team Jetzo, Damiani performs a variety act that is is part musical merriment, and part physical comedy.

“Over 20 years, I’ve ended up becoming a performer,” he said. “So, I just became a jack-of-all trades, which what I always was, anyway.”

Still, Damiani hasn’t strayed to far from his roots, and is connected with professional wrestling today. He appears on Raven’s podcast, where he also incorporates a lot of his trademark humor.

“I still love wrestling, and I still watch the product. I’m a huge fan of NXT.” he said. “But, I guess for me, wrestling can’t be a major component in my life anymore. I’m just the type of person who has to do a whole lot of different stuff.”

“But, I’m really grateful for those years. They were some of the best times that I’ve ever had.” 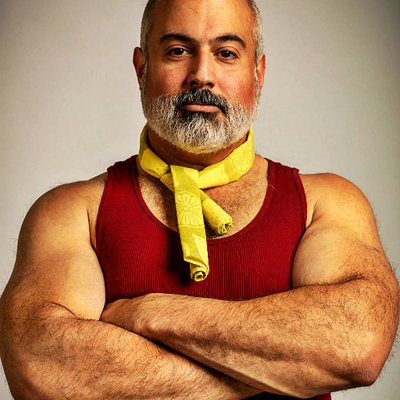 LISTEN TO THE RAVEN EFFECT HERE