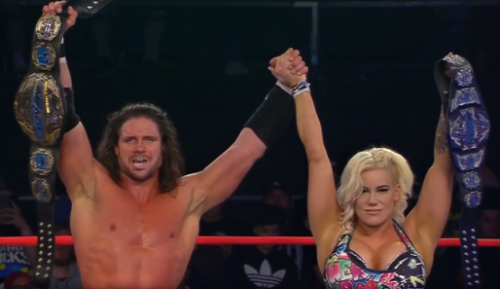 Some wild action and a big title change marked the return of Impact Wrestling to the famed Asylum on Sunday night. Taya Valkyrie grabbed the Knockouts title for the first time, while her husband, Johnny Imact, retained the World Heavyweight championship.

Full results for the Pay-per-View are as follows: