MLW and Impact Wrestling will collaborate over WrestleMania weekend per the following statement released by Impact Management:

“IMPACT Wrestling, a subsidiary of Anthem Sports & Entertainment Corp., and Major League Wrestling (MLW), announced today that they will be collaborating for their events on April 4 by coordinating talent and schedules to ensure that fans can attend live events presented by both organizations when virtually the entire professional wrestling world descends upon the New York metropolitan area.” 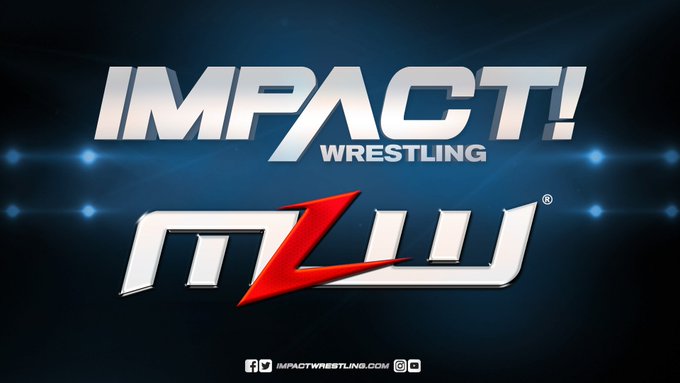 IMPACT Wrestling and @MLW will be collaborating for their events on April 4 by coordinating talent and schedules to ensure that fans can attend live events presented by both organizations!

Impact moved their event to the state of New Jersey so they could hold it after 11 PM.

“Due to the New York curfew preventing us from starting at 11:00 p.m. ET, we have moved our live event to New Jersey,” stated Impact’s Scott D’Amore. “We want to thank our partners at WrestlePro for facilitating this collaboration on April 4th and also thank House of Glory and stress that we couldn’t make this happen for our great fans without their cooperation.”

MLW will present “Rise of the Renegades” at 7 PM on April 4th from the Melrose Ballroom. At 11 PM that same night, Impact Wrestling will present “United We Stand” from the Rahway Recreation Centre in New Jersey. The two venues are said to be about an hour’s drive from one another.

“This arrangement eliminates talent booking conflicts and ensures that loyal and passionate fans of both IMPACT Wrestling and MLW are able to attend our respective live events on April 4th,” said Impact Wrestling President, Ed Nordholm.

“Both promotions believe in putting the fans first,” said MLW COO Jared St. Laurent. “Fans will be traveling from all over the world in hopes of seeing the best of the best.”