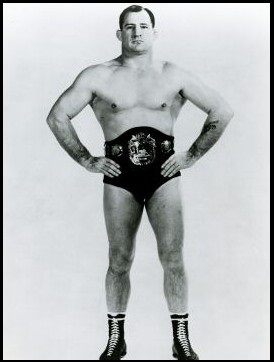 8/17/1990 – Patrick John “Pat” O’Connor, dies of cancer at Barnes-Jewish Hospital in St. Louis, Missouri just six days shy of his 66th birthday. Born in New Zealand, he served in the New Zealand Royal Air Force, before representing his country in wrestling in the Pan-Am Games in 1948.

In 1959, he would win  the NWA World Heavyweight Championship, defeating Dick Hutton. Amidst a split in the NWA, O’Connor was named the first AWA champion, but he never defended the title, so it was awarded to Verne Gagne after 90 days had passed.

O’Connor would lose the NWA World title in June 1961 to Buddy Rogers at Comiskey Park in Chicago. O’Connor later became a part-owner of the St. Louis territory along with Gagne, Harley Race and Bob Geigel.