In researching The Gorilla Position story and video feature we recently published on Corey Hollis, it came to light that Hollis, John Skyler and Pro Wrestling Xperience out of North Carolina pulled off something pretty damn amazing.

Further research showed that that David Starr, Joey Janela and Beyond Wrestling did something very similar, albeit in different fashion.

First, the latter. Mike Mooneyham explained what’s been going on in PWX for the Post and Courier in great detail but here’s the Reader’s Digest Condensed Version:

Hollis and Skyler, as singles and (more importantly) as a team, worked all over the world for companies like Evolve and – yes – WWE. The more they did for bigger companies, they more they realized they were “guns for hire” and no long-term deal was forthcoming. That frustration became the impetus of a feud between the two that culminated last weekend in a Steel Cage “I Quit” match – the first in the Carolinas since Starrcade 1985.

On the surface this sort of thing already sounds impressive. Much more so when one realizes that last week’s match was the culmination of a story told in PWX over two year’s time.

Drastic times call for drastic measures. The last two years of my life encapsulated in one, single, photo. Hope you enjoyed it Concord! #TheFinalChapter pic.twitter.com/owhPrNp1Yj

Now we head north to Beyond Wrestling. David Starr and Joey Janela have been battling for at least two years now off and on. Going back to the first half of 2016, this one still isn’t over as the two are set for a no-ropes (barbed-wire?) match at this year’s Beyond Wrestling Americanrana show in July.

The two stories have their similarities and their differences. Each involves a girl linked to the good guy (Katie Sparks and John Skyler in PWX, Penelope Ford and Joey Janela in Beyond). Each has had stipulation matches (an unsanctioned street fight and aforementioned “I Quit” match in PWX, several of the “anything goes” variety in Beyond Wrestling). And each features two men with an unbridled hatred toward each other.

Each also have their differences. The war between Skyler and Hollis began after neither was signed to a bigger company after working a host of them, whereas Janela nor Starr have even sniffed getting past the independents quite yet (although Janela is a featured regular on the MLW Fusion television show). The PWX story was a slow-burn with an old-school feel whereas Janela tried to run over Starr in a stolen car in their first match (no, seriously).

And because attempted vehicular homicide wasn’t enough, Janela also tried suffocating Starr with a plastic bag. And he’s considered the good guy in this scenario!

It’s difficult to remember the last time a storyline play out in wrestling over that long of a stretch. By the way, Ronda Rousey showing up at WrestleMania 31 and disappearing for 21 months before getting in a WWE ring against Triple-H and Stephanie McMahon doesn’t count.

Although Chikara has storylines so involved and complex they’ve developed a name for two-year long arcs: Act Two. 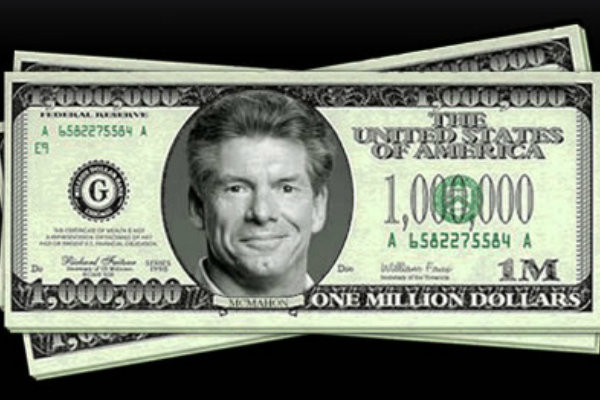 The man with all the money also wants all the talent. Or at least enough to undermine any competition.

The one exception and non-exception above aside, there’s a reason that PWX and Beyond have pulled off something pretty impressive. WWE and other companies have been aggressively scooping up talent on the independent scene for the past couple years. The aforementioned MLW has been the latest company targeted by WWE and the practice reaches back to the 1990s when WCW and WWE were both signing ECW talent like there was no tomorrow.

With talent so tentative on the independent scene, being able to pull off a longer storyline is difficult enough. And that’s assuming many of them even want to. PWG seems content putting independent dream matches on every show with very little regard for story anymore. It’s no knock on them – PWG is a ton of fun to watch. They simply found a formula that’s worked for them. A formula a lot of others have copied.

Many independent companies are content to match up the biggest names they can find and scramble to put on that “first time ever” meeting rather than let a story simmer. Let’s break the box office first and explain it later. Fans have gone with it, resulting in an independent boom not seen since companies like Ring of Honor and CZW emerged out of the ashes of the Monday Night Wars. And if it ain’t broke, don’t fix it, right?

With business on the independent scene favoring the school of thought of putting on the best matches now because who knows if Wrestler X will be available down the road, it takes some guts to play the long game and tell a long and involved story. It’s a competitive market out there and bigger matches seem to be the rule of the day.

Which is why what PWX, Corey Hollis, John Skyler, Beyond Wrestling, David Starr and Joey Janela have all respectively accomplished is even more impressive. It takes guts to tell a longer story and risk losing the audience’s attention and potentially losing business as a result. These two companies and these four wrestlers (six, actually – not to discount the participation of Katie Sparks or Penelope Ford in any way) have ironically thrown caution to the wind by planning and plotting a longer story.

The results for both companies have been pretty remarkable as many fans have been talking about both stories as well as all six participants. PWX and Beyond both have had a pretty good spate of fanfare. PWX had one of their biggest houses in a while for the steel cage “I Quit” match and fans have been raving about the final encounter between Hollis and Skyler. Beyond Wrestling, which already has some impressive crowds, continues to grow those audiences as they continue to build to the final (?) match between Janela and Starr at the company’s signature show in July.

PWX and Beyond Wrestling, bucking the trend of “right here, right now” in independent wrestling, exercised patience and storytelling and it has paid off for both of them. In turn, audiences have caught on and are also paying attention.

If the most recent AAW show is any indication, other companies are also paying attention and may be headed in that same creative direction. If others decide to plan out longer stories in the (so far successful) hopes of bigger attendance numbers and box office dollars, wrestling may be witnessing a return of the long-form storyline.