John Cena recently told Sports Illustrated that he genuinely believes Brock Lesnar is the greatest in-ring performer of all time. That’s quite the endorsement from the 16-time World Champion. 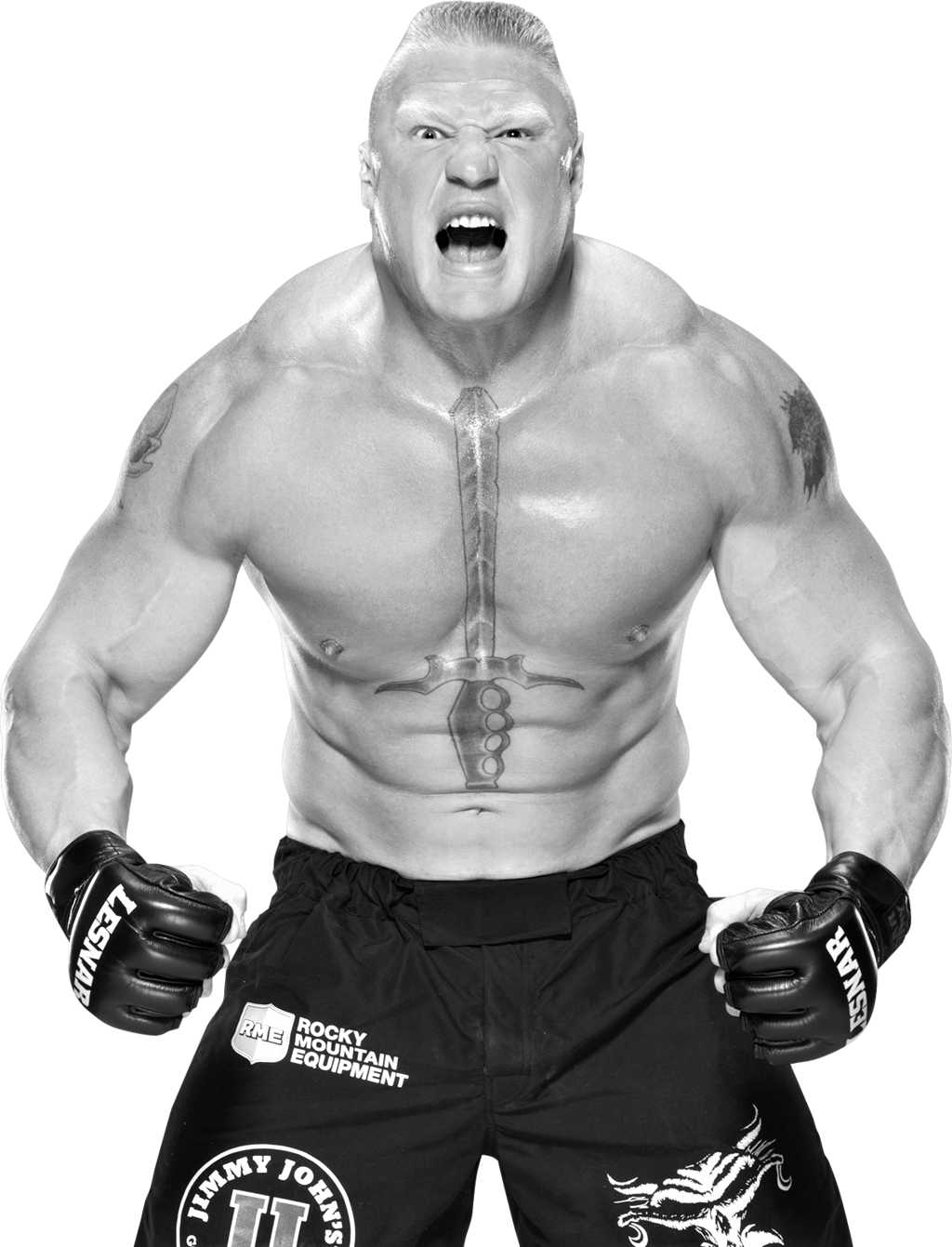 During a WrestleMania 37 press conference, Roman Reigns said “I’m not sure he’s wrong” in terms of what Cena said of Lesnar.

Now, this is not a discussion of best wrestler of all time, but of the best in-ring performer. The Beast certainly has quite the resume to back this claim up. He is not going to give you a Shawn Michaels or Ric Flair-like performance, but he does not have to in order for Cena and Reigns’ comments to hold true.

Every time Lesnar is on WWE television, it feels like a big deal. Whenever he is in a match, regardless of who stands opposite of him, he brings the big-fight feel.

At this year’s Royal Rumble, Lesnar declared himself the No. 1 entrant, as the WWE Champion. That I unprecedented as he is the first wrestler in WWE history to enter the Royal Rumble first overall, as WWE Champion. This had much intrigue going in as there was a plethora of options for Lesnar to square off with.

Entrant No. 2 was Elias, who took his time getting to the ring by playing a song on his guitar. Lesnar was not willing to wait for the mini concert to be over as he rushed outside to attack Elias, throw him in the ring and then throw him over the top rope. Entrant after entrant would rush the ring with the hope of conquering Lesnar, but to no avail.

Lesnar went on to eliminate the first 13 superstars who entered the match, including a stretch of eliminating Rey Mysterio, Kofi Kingston and Big E, after the three attempted to gang up on Lesnar. Again, to no avail. Lesnar got to square off with his former college training partner Shelton Benjamin, MVP, Braun Strowman and NXT’s Keith Lee. All suffered the same fate. Then entered Ricochet followed by eventual winner Drew McIntyre, who would be the one to eliminate Lesnar, thus setting up a WrestleMania main event between the two at this year’s event.

Some fans said the first half of the Rumble match was “boring” as Lesnar “buried” the roster. That is highly disrespectful to Lesnar and what he brings to the table. Lesnar is a legitimate bad ass and in a one-on-one setting, in which the objective is to throw opponents over the top rope, this was perfectly suited for Lesnar and just how dominant he is. These weren’t one-on-one matches that Lesnar was winning. 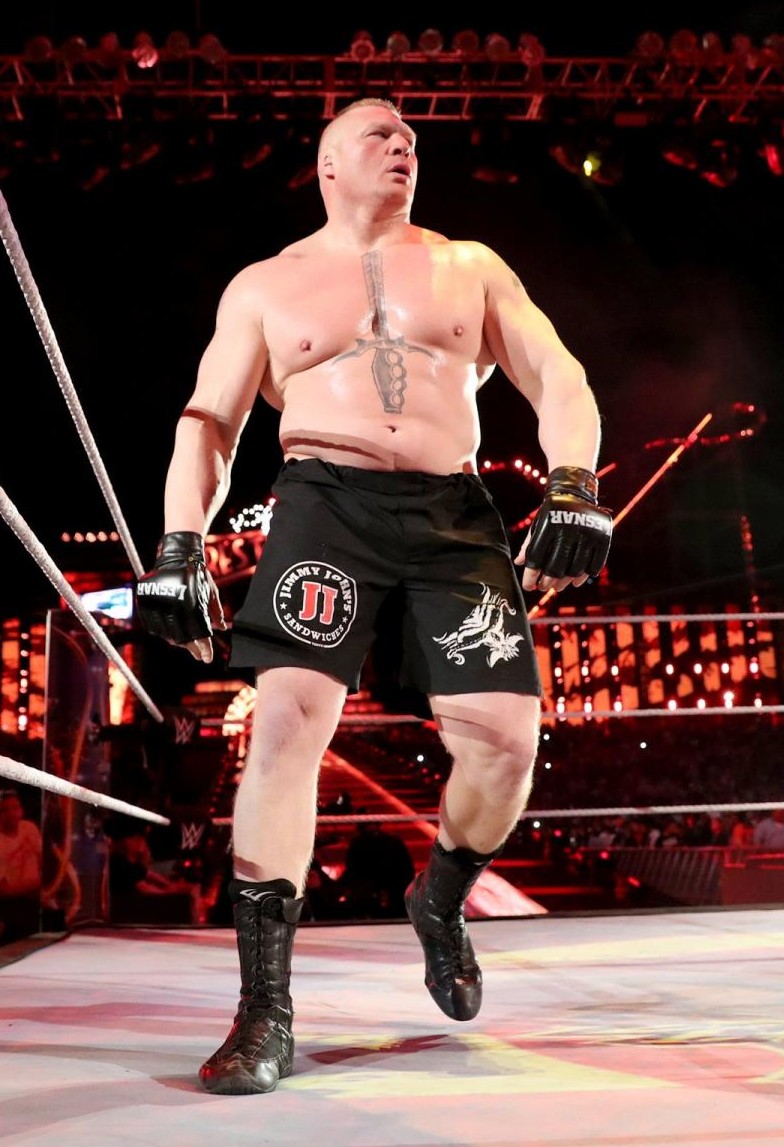 Speaking of the word “boring,” some fans think Lesnar is a boring competitor due to him not talking much, not appearing on a weekly basis and using the same two moves in matches. First off, he does not need to talk as he has the greatest mouthpiece in the history of pro wrestling in Paul Heyman.

Second, by not appearing every week, it makes every time he is on television that much more special. He works smarter not harder and has earned that right to negotiate into his contract. Last, Lesnar is far more than two moves, but why not utilize the German Suplex to impose his will and then finish off his opponents with the devastating F5?

At WrestleMania 30, Lesnar shocked the world by conquering the Undertaker, thus ending the Deadman’s undefeated streak at WrestleMania. Lesnar was the perfect person for this streak to end as his non-wrestling credentials would say. Lesnar is a former NCAA Division I Heavyweight Champion and a former UFC Heavyweight Champion. If anyone was to break the streak, it was Lesnar.

Whoever dares to step into the ring with Lesnar is instantly elevated. Another aspect of The Beast’s repertoire is his ability to sell for anyone. When McIntyre eliminated Lesnar with his Claymore Kick, he sold it to perfection by laying on the ground for nearly two minutes and then when he got up, he sold it as if he was legitimately knocked out prior to making it to his feet. Lesnar made McIntyre a ‘made man’ in the Rumble and will continue to bring the best out of him in the lead to their WrestleMania encounter.

Whether you love him or hate him, you can’t deny Lesnar’s ability once he steps foot in the squared circle. Due to his impressive resume, both in wrestling and outside of wrestling, and everything he brings to the table, Brock Lesnar is the greatest in-ring performer of all time.