In terms of his place in history, Jeff Jarrett may have been staring at the biggest moment of his wrestling life on Sunday night. And, from his vantage point, it was a beautiful view. 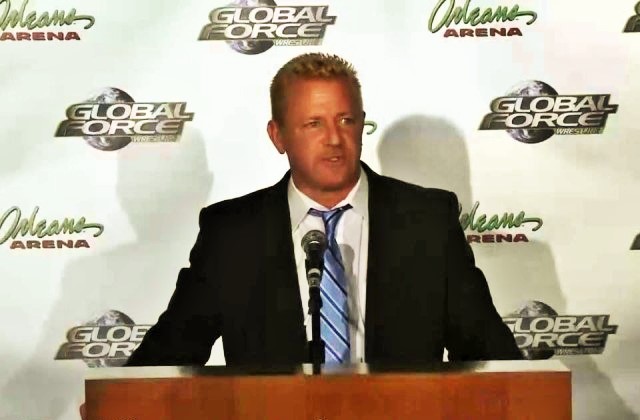 Jeff Jarrett at a Global Force Wrestling press conference in 2015.

The President of the newly-fortified Global Force Wrestling watched with misty eyes, as the GFW name essentially absorbed Impact Wrestling at Slammiversary, merging the two brands under one calling card as they focus on the future.

For Jarrett, it was a marriage of two dreams. Impact, which he originally launched as Total Non-Stop Action in 2002, was celebrating 15 years. Now, this makeshift family will go forward, with Global serving as the unified federation’s banner.

“It’s been very well-documented that Anthem Sports & Entertainment took over control of Impact and its assets on January 1st,” Jarrett said on Tuesday. “From that point on, I worked with the company as a consultant. I consulted for about five or six weeks.”

“It was pretty apparent before long that it was going to go much deeper than just a consultant’s role. Anthem knew- basically from day one- that they were going to eradicate the name TNA, and they had in mind where they wanted things to go.”

“The name of the television show started out as Impact,” Jarrett said. ” It went through, quite frankly, some confusing times since about 2010, until basically last year .” 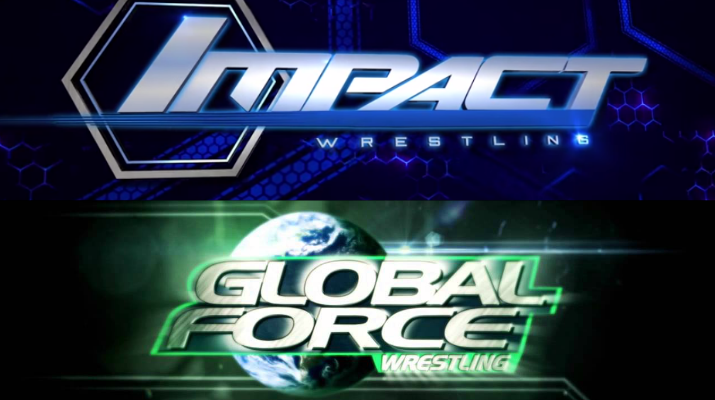 Two became one at Slammiversary, as Impact merged with Global Force Wrestling under the GFW banner.

As the company begins this new phase of its existence, Jarrett insists that the changes in identity and mentality will be a hybrid of the two organizations.

“And, GFW is going to continue to present Slammiversary, Bound for Glory and the same titles that we have ingrained with our audience under the GFW banner.”

However, Global will also look to find different ways to educate the audience on their history and style of wrestling.

“We’re coming out this summer with our One Night Only series, a four-part anthology series to further introduce the brand,” Jarrett said. “They are going to run August, September, October and December.”

He also acknowledges the challenges that lie ahead in ‘selling’ Global Force Wrestling to a mass audience, especially with all the recent moves.

“We know it’s a re-branding. We know that not everyone is enthused, 24/7/365. And we know it’s going to take some time and some adjustments.”

“We realize it’s not going to happen overnight. We unified the belts at Slammiversary and we were thrilled about how the evening went. As we roll into Bound for Glory on November the 5th, the Hall of Fame dinner and launching the live events again, we’re really looking forward to it.” 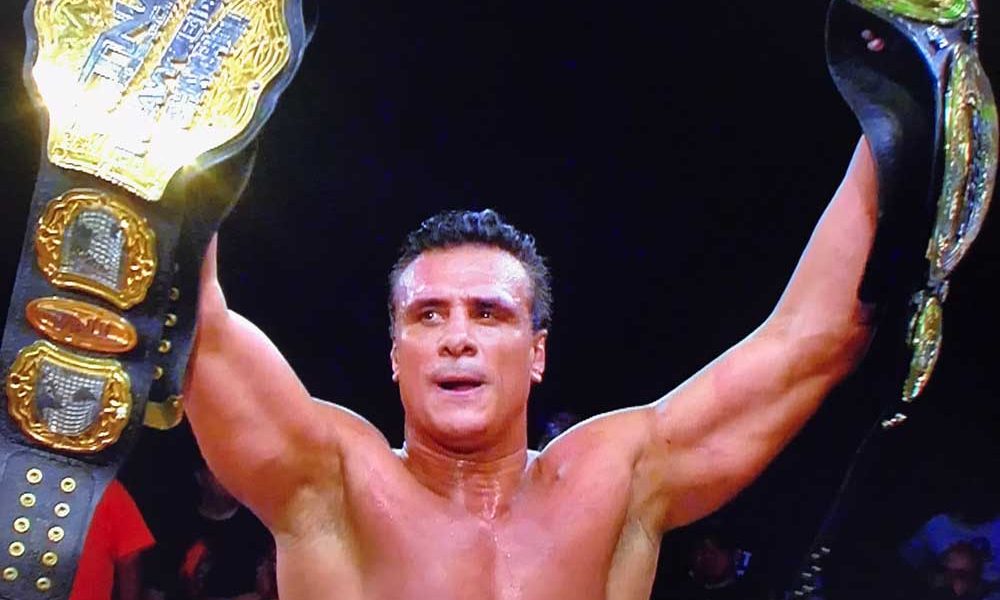 In that vein, the company will embark on an aggressive East Coast tour in August, which will include Long Island, Staten Island and Bridgeport, Connecticut. Jarrett said that he feels it’s necessary for Global Force Wrestling to explore new markets in order to build the brand.

“We feel like we have to get out there back on the road, among the fans,” he said. “We’re excited to have Alberto el Patron, Bobby Lashley and all of our champions back on the road. That area of the country is going to be exciting for us. We have three great venues we’re going to be performing in up there, and we’re excited.”

“The longtime fans are well aware of the way we run an event. On the pre-show, it’s relaxed and up-close and personal. We give the wrestlers and fans time to interact with each other. And it’s not just about merchandise, it’s about getting some opportunities to maybe tell a story or two to one of your favorite wrestlers.”

“It’s going to be really interactive, and anyone who has been to one of our shows can attest to that.”

Jarrett also stated that while the company’s focus will be primarily on wrestling, there will naturally have to be storylines to progress the in-ring action.

“You absolutely have to have the right balance, but there’s kind of an elusive trick to that,” he stated. “You could have a great dialogue segment and it’s great for two minutes. But, the third and fourth minute turn the whole thing bad.”

“At the end of the day, it is about what happens between the ropes, bell to bell. That’s truly what sets things apart. You got to make sure you over deliver on the in-ring action.”

And speaking of the ring, Jarrett commented on the prospects of wrestling again, himself. The King of the Mountain said that while he loved his time at the top, he’s content to play the role of executive now.

“I’m very thankful and very grateful that I get to wear my  promoter’s hat all the time now,” he chuckled. “But obviously, I feel I can contribute more to the industry in this role.”

“They always tell you to never say never, but I certainly have no plans to wrestle. And if you look at the talent on our roster, I don’t really have any business to be out there.

As his company enters a new era with him at the helm, Jarrett has the chance to rub his eyes and take a look at what he’s built. With both of his pasts now connected, he paused briefly before turning towards the horizon ahead.

“I really went back forth about even going out on camera (at Slammiversary),” he said. “I came to the conclusion to just do it, and make it very short and very sweet.”

“Truth be known, I’m just very thankful. I feel very fortunate and blessed. But, (Slammiversary) was surreal. I had my family with me, and to see how that all unfolded, ironically, on exactly the fifteenth year, it was really a special night on so many levels.” 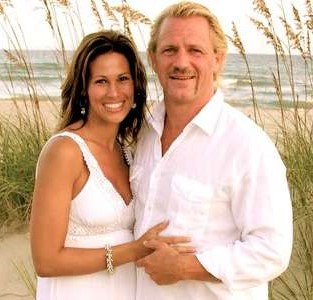 Jarrett and his wife, Karen, still work together behind the scenes at Global Force Wrestling

Now, the third-generation wrestling mind will peer into the possibilities of the future. After three decades in the industry, he has a steely gaze set on making more history in the months, and weeks, to come.

“As a promoter, what drives me is simple. I’m very, very lucky to get to continue to do something I love. And how this business has evolved, from when I started to where we are now, is just miraculous on so many levels.”

“I think I’ve got more passion for this business overall than when I first started. And that’s not a cliche. It’s the honest truth.”

Jarrett then takes an ambitious glance at the long road ahead for Global Force Wrestling.

“We have to give the fans more than what they’re expecting. We know that. At Global Force, we plan to provide a much more diverse alternative for the audience, and I think our fans are really going to love it.”

“I know what we have planned, and where we want to get to… and I really see us getting there someday.”

2 thoughts on “A GLOBAL VISION”