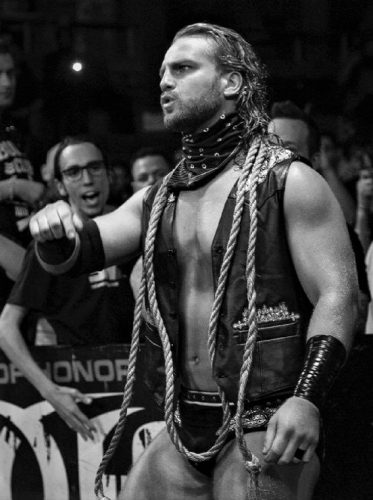 The first AEW world heavyweight champion will be crowned at All Out.

Chris Jericho revealed on Busted Open Radio (h/t Felix Upton of Ringside News) he’ll face off against Adam “Hangman” Page at the Aug. 31 pay-per-view event, where they’ll decide the first AEW champion. Page made his way into the main event by winning the Casino Battle Royale, while Jericho defeated Kenny Omega to continue their rivalry.

After the match, Jericho and Omega were attacked by a debuting Jon Moxley. While it was thought that Moxley would go on to feud with Omega, his first match with the company has been booked for June’s Fyter Fest against Joey Janela.

Omega will perform with Matt Jackson and Nick Jackson as The Elite against The Lucha Brothers and a yet-to-be-determined partner. It’s unclear if Jericho will be part of Fyter Fest. AEW also has Fight for the Fallen scheduled for July ahead of All Out in August. It’s possible the company will look to further the Jericho-Page feud through those events.

Jericho-Page is the first match announced for All Out, which is a sequel to the All-In event that ultimately helped spark the launch of AEW… Read More HERE