These days… Johnny Impact is everywhere.

Known for his aerial artistry and in-ring creativity, the reigning Impact World Heavyweight champion has been seen flying the friendly skies of federations like WWE, Lucha Underground, and AAA over the years. He’s played the title character in his own movie, and became a reality TV star.

But, when Johnny finally landed in Impact in 2017, he not only took on the company’s name, he took on the responsibility of being the face of a downtrodden franchise.

Times were bleak then, but after an almost miraculous turnaround, The Order of the Owl has had a historic resurgence over the past year. And in the meantime, Johnny has emerged with championship gold.

He’ll defend his title on January 6th against Brian Cage,at Homecoming, on a night that he says will carry a lot of meaning for Impact Wrestling.

“Wrestling is a business that has a lot to do with nostalgia,” Johnny told TheGorillaPosition.com in an interview this week. “To think of what this company has endured over the years… I mean, a lot of people talked trash about Impact for a long time. It got punched and punched and punched. It got knocked down, but kept getting back up.”

“They’ve endured all of that, and they’re still here. So, we’re all going to go down there to Nashville to make a little bit of statement. That Impact is doing some great things, and fans should be paying attention.”

Though he’s worked in nearly every corner of the world, the running joke about Johnny is that everywhere he goes, he has a different surname. He’s been called everything from Nitro to Morrison to Mundo, and now bears the namesake of the promotion that he calls home.

“As everyone knows, I have had to maneuver around at times, and use different identities,” he joked. ”But at the end of the day, wherever I’m at, under whatever name or in whatever capacity, I’m going to do my best to just entertain the people.”

Now, he wears the ‘Impact’ moniker as not only the company’s titleholder, but also its most recognizable star.

Lately, the mercurial moonsaulter has been busier than ever, appearing on Impact on Pop and making the rounds to help promote the Homecoming pay per view, He also recently appeared on the 37th season of CBS’ Survivor (He finished 12th).

And, he played a very real-life role in June – as “The Groom”, when he wed fellow wrestler Taya Valkyrie, now currently the top contender for the Knockouts title. Impact says that he loves working in the same company with his wife, and that he’s been impressed with her performance since returning from injury.

“She’s been working out like a maniac, and she’s watching a lot of tape,” Johnny said. “She takes wrestling very seriously – clearly. I’m super proud of hard she’s been working, for so long. She’s taken it to a new level now, and I love getting to be there, and see all of that live.”

“I’m also really excited to see her and Tessa at Homecoming, because I know they’re both at the top of their game right now. The Knockouts division is really on fire, and Taya has been talking about Homecoming a lot more, as it gets closer. I think the two of them are going to go out there and really tear the place down.”

Another hat that Johnny currently wears is as an example to the company’s rising, young stars. For a guy who has had a lot of titles in his professional life, he’s added one more: Locker Room Leader.

Johnny says he tries to keep everything balanced, from success to failure. And, he imparts that same wisdom to his youthful co-workers.

“It’s almost conflicting to tell someone to be patient and aggressive at the same time. I try to focus on staying on that, because its tempting sometimes to get frustrated when you don’t have exactly what you want at the time.”

“Its no one’s goal to NOT be the world champion. No one starts out dreaming of becoming a pro wrestler to open the show. So, being happy with where you are, and what you’re doing, while continuing to stay motivated to prove yourself, is one of the biggest things. Figuring that out – whether its mentally, spiritually or otherwise – is the trick.”

He has made that journey, and beyond – capturing the ultimate prize at Bound for Glory 2018. Now, waiting for him at the Asylum will be the onslaught of a massive challenger, Brian Cage, who has looked unstoppable since joining the promotion in February.

Impact says that he’s looking forward to the showdown with The Machine.

“Brian is one of the most amazing athletes in the world right now,” Impact said. “He works out twice a day, and eats like seven times a day. They don’t call him The Machine for nothing. He’s one of the most explosive guys ever in the ring.”

“It’s an interesting contrast in styles, and I think that’s something the fans can really get excited about. When you strip it down, it’s all about being in the moment: How is Johnny Impact going to do when Brian Cage cashes in his Option C?“

“My responsibility in that match is to be me, and kick ass as much as I can. And, I know Brian is going to do the same thing, because I know Brian. So, I have to bring my A-game, 100%, and be prepared mentally and physically.”

One thing’s for sure. Win or lose, there will be no mistaking who Johnny Impact is when he enters the building on January 6th: A Movie & Television Star. A Husband. A Leader. And a Champion. 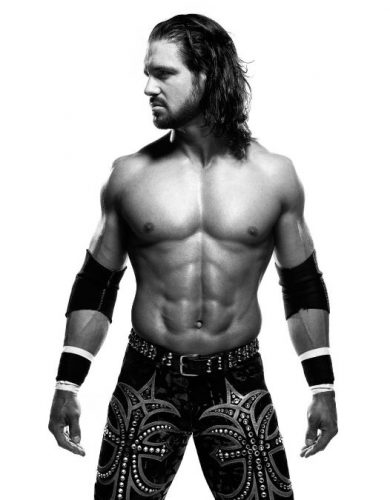 In other words – All the Above.

“I obviously didn’t foresee all of this happening… at least not exactly in the way that it did,” he explained.  “But that’s why I left WWE when I did. I wanted to go out, and try new things on my own. I was ready to get off the express train and get in my own car.”

“I was ready to branch out and make my own way. And, that’s what it feels like Impact is now.”

His name, and his company, will all enter 2019 riding a wave of momentum that they haven’t seen for nearly a decade. For his part, Johnny says he’s excited to see where it’s all headed, and believes that both he and the promotion are just getting started.

“For me to walk back in to The Asylum – the place where it started – as the World Champion, is a pretty big honor. I truly feel like the roster I’m with right now is the best in the world. And, Impact has probably been the hottest company in pro wrestling in the past year.”

Subscribe to the Global Wrestling Network for more than 1000 hours of classic and current IMPACT Wrestling matches and events! Begin your 30-day free trial NOW