Nothing worthwhile in life comes easy, and if you want to succeed you have to earn it.

These are words we’ve all heard in our lifetimes, but some just never seem to grasp the idea. More and more however, the sense of entitlement pervades our society on all fronts. The wrestling world is far from immune to it’s venomous sting.

Now, while you may think that I am about to launch into a tirade about the younger generation of “sports entertainers” not being willing to pay their dues and expect everything right now instead of putting in the time and learning it the old school way….I’m not.

The demographic that I want to take a stern look at is that of the wrestling fans themselves, en masse. Their impatience to emotionally invest in a true storyline has become more fleeting as the years have passed since the Attitude Era. Their insatiability for “what’s next”, has led to uninspired writing, thrown together tag team pairings, and lack luster use of technique on the face of bigger, better, faster, higher….NOW! 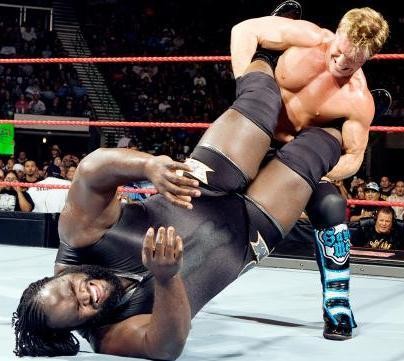 Stars have taken to the air in a frenzy of twisting, flipping nonsentia purely for the cheap pop of their unknowing fanbase. While some may say that this trampoline ideology is the future, I say we need to get more back to the basics of what makes a great match. That’s going to be hard, as long as their sense of achievement is wrapped around mindsets that are encapsulated in chants like “You deserve it!”, which we have to hear at least once every live event now. What ever happened to the idea of earning it?

I also believe in the old saying that if something were easy, then everybody would be doing it. Experience and knowledge of your craft comes with time and the dedication to doing it the right way, without compromising to short-cuts or flash in order to overcome lack of substance. Every steak needs sizzle, but if you don’t have any meat to bite into, then you are left hungry, and that is where most of are at with the American product right now.

As long as the popular creative we refer to, and the wrestling community in this country as a whole, continue to cater to the whims and wills of the fans, instead of manipulating them the way they should be, I believe the product will suffer.

Now, what you may ask, has all this had to do with dedication?

Well, let me point out that while the fans are dedicated to their own pops, and the wrestlers are dedicated to being the sheep of, instead of the shepherds to, said fans, then things won’t be changing anytime soon.

I would love to see a return to invested story lines, more chain wrestling, and the fans as a whole re-dedicating themselves as professional wrestling fans and not pop hungry sports entertainment fans.

Jim Phillips is the Senior Editor of TheGorillaPosition, and a freelance writer and author based in Colorado