Hello once again Bruthas and Sistas.  Welcome back to the circle of elders as we smoke the peace pipe, talk about the business, and have no lies between us.  Sorry, I’ve always wanted to use that line.  While we have discussed many other important aspects of getting into the business and takin on the craft the right ways, we now come to what may be the most important of them all.  The evolution of becoming a version of yourself that is marketable and will draw money.

Once the basics are in your grasp, the learning process never stops.  Every time you crawl through those ropes class is in session, but not only there.  The time spent on the roads are an invaluable teaching tool for the rookies, if they open their ears and take in the words of those that cut their teeth before them.  While some may seek to side rail you, there are those that will see if the potential is there, and once cited, will most often try to guide you in the right directions.  Having a little bit of street smarts never hurts either.

Creating a persona that is unique and an attraction to fans can be easier said than done.  While it may seem like everything has been done and there aren’t any new ideas out there is having a defeatist attitude before ever getting started.  Being able to pick yourself back up and carry on physically is a must, but even more so mentally – in the psychological aspects of the process, and the business overall.  Becoming too attached to any one idea for yourself or your path to the success can be a hindrance, as well as a continued disappointment.  Always remain open to change, because without a doubt, they will. 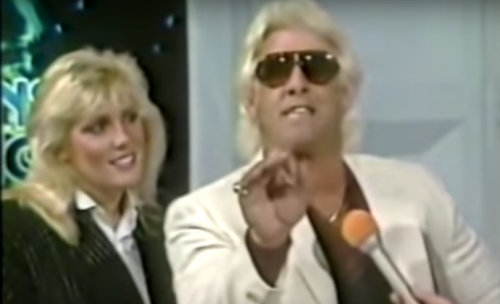 Keeping your approach to a ring identity should also be kept simple, especially at first.  The fans have to make an emotional attachment with it, whether it be a love or hate relationship.  How they embrace will directly relate to the success that is attained, good or bad.  Believing in your character and having the self-confidence that is projected out to them is the most important thing you can take into consideration.  If you don’t believe in you, then why should they care to?

Being able to take direction and the openness to change will show a willingness to “do business” as the saying goes, and that ability to take direction and improve off of it does lead to the right people taking notice.  All it takes it the right door to be opened, and the future can take on completely new possibilities.  Sometimes when you least expect it, great things happen.

While it may sometimes be a particular character that resonates with fans, trying to predict what they will want or like from one moment to the next is like a Grand Prix racer navigating the tight curves of Monaco.  Every bend brings surprises, and having the flexibility to read that will come with experience and watching the work of your peers as well.  This is just one more reason to listen to the seasoned ring and road generals that have most certainly, done and seen more than you ever will imagine.

Taking on the persona of good guy or bad, face or heel can be fortuitous either way, but sometimes a wrestler just naturally lends themselves to one or the other.  As it has been told the biggest money makers in the history of professional wrestling are those that are just an embellished version of the person themselves.  This is the perfect example of how believing, or living the gimmick can enrapture the crowd to the cause and give them that emotional investment that will make all the difference in the world.

Once that point is reached, then where do you go from there?  One the success is achieved locally, the next decision that assuredly will be in your lap is; what do you really want from this?  While some wrestlers are comfortable with being that big fish in a little pond,  just working the big stars that may rotate through their local territory now and then, others see the bigger picture.  Leaving the comfort zone of family and friends that provide that enticing safety net, it’s only when anchors are weighed and familiar shores are left in the distance that real careers are made. 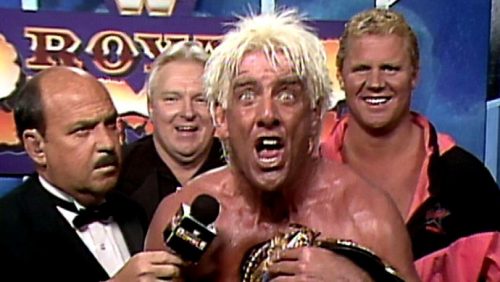 I have and do know many wrestlers and the common denominator among them all is that they left and took on the trials, tribulations, and rewards of working abroad.  Even more so from those who have left the country and rolled the dice on life.  The chances of failure are always there and most certainly heightened by taking those risks, but friends, no one ever made it big from their front porch, plain and simple.

The amount of knowledge that can be attained is worth more than any class anyone could ever pay for.  The road can and will break someone if they don’t have that independent spirit of adventure and drive to thrive in the face of adversity.  For my own part, I love to be challenged and told that I can’t accomplish something.  It is the rocket fuel that will power you to the moon, but can also burn you up on the launchpad, if you leave it unchecked.  Always keep learning and stay humble, and fall under the veil of ignorance that you know everything there is to learn.  That mind set, will lead to disaster in any trade, professional wrestling or otherwise.

Well Bruthas and Sistas, I think that’s going to wrap it up here, and for this series.  I hope you have taken away not only some old school ideals, but maybe some keys to funding the success in the business that can be still be found, if you apply yourselves.  I will see you next time, but until then, stay safe and be healthy.  Peace.