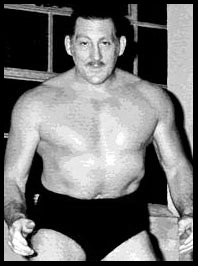 Gotch became known as Kamisama in Japan, which translates to “God of Wrestling”. Gotch’s in-ring repertoire had a big impact in The Land of the Rising Sun, and popularized his submission-based style. Gotch was a two-time New Japan Pro Wrestling’s Real World Champion and a WWWF Tag Team Champion with Rene Goulet in late 1971. He defeated Antonio Inoki in a two out of three falls match on the first ever NJPW show in 1972. After retiring in 1982, he trained wrestling legends Hiro Matasuda, Satoru Sayama (the original Tiger Mask) and Yoshiaki Fujiwara, among many other international stars.

Some of Gotch’s trainees founded the Universal Wrestling Federation in Japan in 1984, which showcased the shoot-style of professional wrestling. The success of UWF and similar promotions influenced Japanese wrestling in subsequent decades, and changed the style of matches in Orient.

In 2007, he was inducted into the Professional Wrestling Hall of Fame. Istaz was 82 years old at the time of his death.