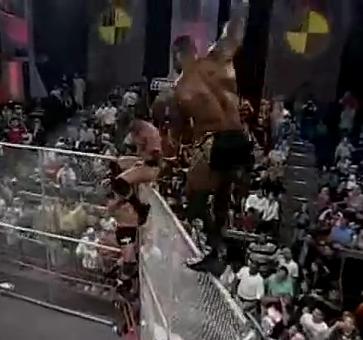 The two teams had been engaged in a long-running rivalry over the NWA World Tag Team titles. The bloody battle ended with Triple X being forced to permanently disband as part of the match’s stipulations.