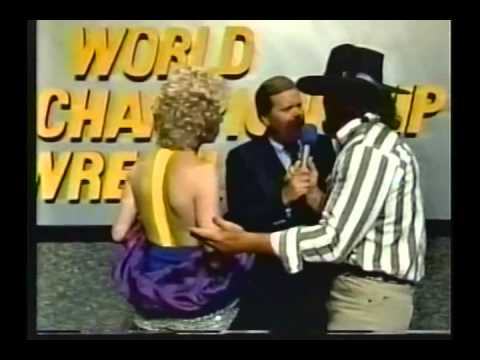 June 1989 – After piledriving him through a table, Terry Funk welcomes “Ric Flair” back after injury.

Funk, who had been one of three judges for Flair’s title match with Ricky Steamboat at WrestleWar, had immediately challenged for the belt. Flair refused, stating that Funk was “spending too much time in Hollywood” instead of focusing on wrestling.

Funk then attacked Flair and injured him… eventually leading to this famous promo and their climactic “I QUIT” match at Clash of Champions later that year.