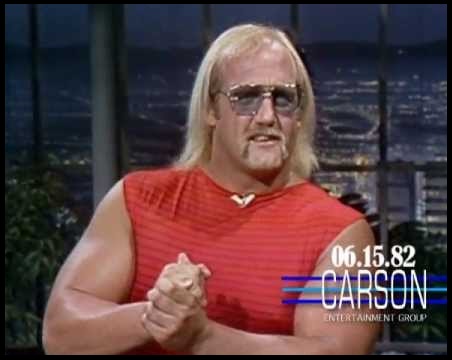 Hulk Hogan’s appearance in Rocky III helped make him a household name and provided the spark for what would become known as ‘Hulkamania.’

JUNE 15, 1982 – As Hulk Hogan is in the early stages of becoming a mainstream celebrity, he takes the inevitable turn on the couch with the late, great Johnny Carson. Hogan had just began his rise to prominence after appearing with Sylvester Stallone in “Rocky III”. His brief, yet colorful, portrayal of Thunderlips had won over audiences.

Carson, fascinated by the incredible mass of the Hulkster, asks about Hogan’s measurements and gets the lowdown on a brand, new phenomenon known as ‘Hulkamania.’