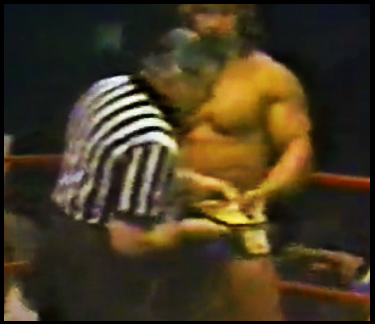 MID SOUTH WRESTLING – FORTH WORTH, TX:  Filmed at the Will Rogers Coliseum. World Class sent Mid South this title defense to be shown on their TV.

Kerry Von Erich, defending the NWA World Heavyweight title the day after he won it, against challenger and longtime nemesis, Terry Gordy of The Fabulous Freebirds.

This match aired on Power Pro Wrestling on August 4th, 1984.