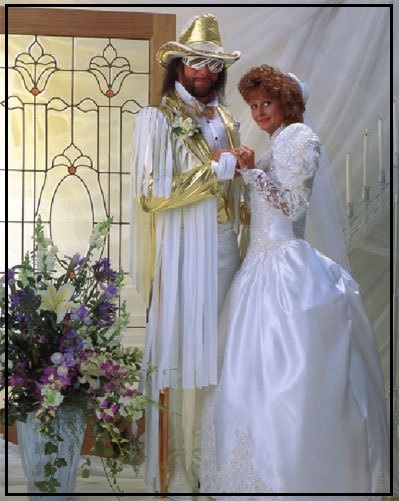 1991 – PRIME TIME WRESTLING:  Before making it official by tying the knot with longtime love, Ms. Elizabeth,  The Macho Man Randy Savage has a bachelor party-  broadcast as part of the WWF’s weekly, USA Network program.

The Savage-Elizabeth union was billed as “The Match Made in Heaven”, and took place at SummerSlam 1991 in New York’s Madison Square Garden.

The ‘ceremony’ was for storyline purposes only, as the couple had already legally been married since December 30, 1984.