The news was announced to Omega on The Ross Report.

The IWGP Heavyweight Champion ranked fifth on the list last year. His first year in the Top 500 was in 2008 when he ranked No. 422. After thanking those involved with the voting process, Omega said, “It’s good to know that I’m making strides to make improvements every year.” 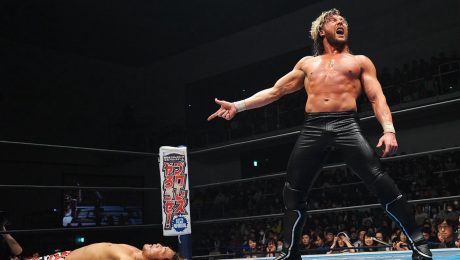 SPORTS ILLUSTRATED: Kenny Omega Has Carved His Own Path, But Where Does It Lead?
Kenny Omega takes great pride in doing things his own way. What does that mean for his impending free agency?