We are two months away from the WWE’s first ever all-women’s pay per view, WWE Evolution, airing October 28, 2018 from Long Island, New York. An in-house ad for the event aired to those in attendance at the Barclay’s Center in Brooklyn during the pre-show panel of NXT Takeover: Brooklyn IV, and during that ad, a match was revealed to the live audience. 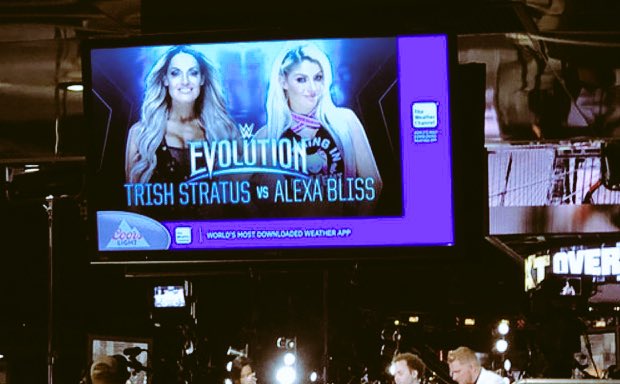 there is a graphic at #TakeOverBrooklyn4 showing a possible #Spoiler for wwe #Evolution It shows Trish Stratus vs Alexa Bliss at Evolution!!! #wwe#RAW