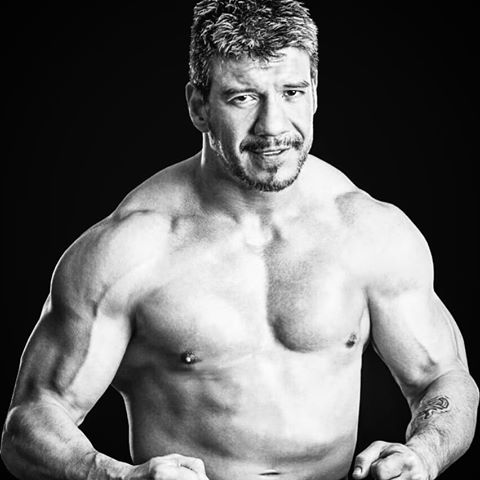 On November 13th, 2005, Eduardo Gory Guerrero Llanes, best known to wresting fans around the world as Eddie Guerrero, passed away.

Born October 9, 1967 in El Paso, Texas – Eddie was the son of Gory Guerrero, and a member of the famed Guerrero professional wrestling family. He began as an amateur competitor at New Mexico Highlands University before breaking into lucha libre.

Initially, Eddie wrestled primarily for AAA, teaming with El Hijo de Santo, before turning on him and forming La Pareja del Terror (The Pair of Terror) with Art Barr.

The two, combined with Konnan, Chicano Power, and Madonna’s Boyfriend, would become the stable known as Los Gringos Locos, aka ‘The Crazy Americans’, openly supporting the United States in front of Mexican crowds. He and Barr would later tour ECW together in 1995, before Barr’s tragic passing.

Eddie competed briefly as a solo performer for ECW in 1995. In his debut match, he defeated 2 Cold Scorpio to win the ECW World TV title. He would go on to have a series of contests with Dean Malenko, trading the title back and forth in a one week span. 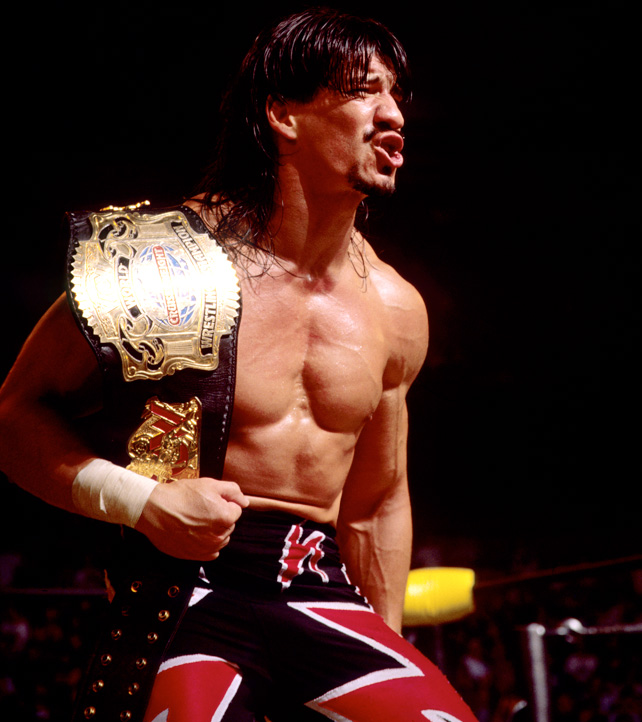 After signing with WCW, Guerrero would wrestle one, final ECW bout, a time limit draw in a two-out-of-three falls match with Malenko. The crowd gave the two an amazing ovation and chanted to them not to leave.

Guerrero made his WCW debut in the 60-man World War 3 battle royal. From there, he would go on to feud with his old ECW rival Dean Malenko, over the US title. Guerrero would then go on to dominate the WCW Cruiserweight division.

At Halloween Havoc, Eddie eventually lost the Cruiserweight championship in a mask vs. title match to Rey Mysterio. He would gain it back just two weeks later.

After some backstage blowups, Eddie cut a promo- demanding to be released – live on Nitro, but would return a couple months later and form the Latino World Order. When Kevin Sullivan became the booker of WCW in January 2000, he was among a group of wrestlers that asked for and was granted their release from the company.

Guerrero joined Dean Malenko, Perry Saturn, and Chris Benoit in the WWF just two weeks after their release to form the Radicalz.  He would then begin pursuing Chyna, calling her his ‘mamacita’.  After becoming an on-screen couple, tension would lead the two to feud over the Intercontinental Championship. Chyna would win the title at Summerslam in a tag match, but Eddie would re-ain it in a triple threat match.

Guerrero would eventually develop an addiction to pain medication and was sent to rehab in May 2001. He was then promptly released from the company after being arrested that November for drunk driving. 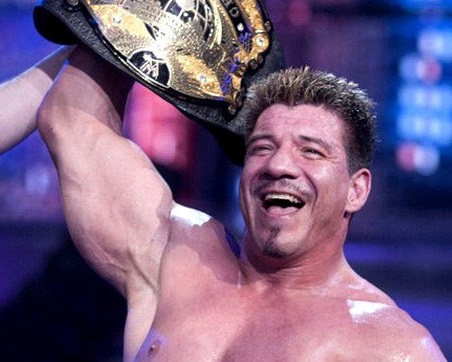 After a few months on the independent circuit, he re-emerged in WWE, and defeated Rob Van Dam for the Intercontinental Championship. In the summer, Guerrero won the WWE United States Championship, defeating Chris Benoit in a tournament final. During this time, Guerrero began to develop his Latino Heat gimmick by adding the “Lie, Cheat, Steal” motto, and using it as part of his matches.

Guerrero would reach the pinnacle of his career, and score one of the biggest upsets in WWE history, by defeating Brock Lesnar for the WWE title in 2004. He successfully defended the title at Wrestlemania XX against Kurt Angle. In an image that is now viewed tragically, he and longtime friend Chris Benoit celebrated his win of the World Heavyweight Championship to close the biggest show of the year.

Although he never re-gained the WWE title, Guerrero would continue on as a main event player and major name for the company.

On November 13th, 2005, Eddie Guerrero was found unconscious in his hotel room in Minneapolis. An autopsy revealed that he had died of heart failure due to atherosclerotic cardiovascular disease. He was just 38 years old