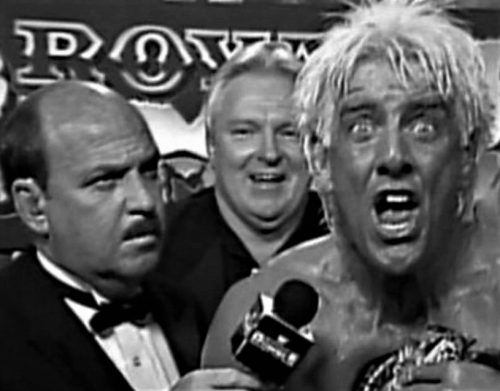 A storied career spanning five decades, Okerlund worked for every major promotion, beginning in 1970 with the AWA. That promotion saw some time on ESPN in its later days, but his career really blossomed when the territories succumbed to the super powers, WWF and WCW, and he was seen nationally and internationally via these cable TV programming juggernauts.