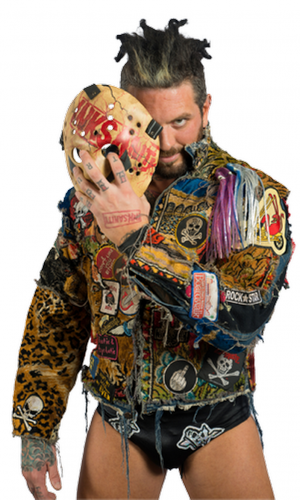 The Kingdom are the Ring of Honor six-man tag team champs, and within that championship grouping is a king, of course, though a different type of king, a spirited looking character known fittingly as the Horror King, Vinny Marseglia.

It’s Rob Zombie meets Lost Boys with his own twist in this bizarre and unique pro wrestling persona.

The Kingdom also features 33-year-old Matt Taven (Derry, N.H.) and 29-year-old TK O’Ryan (Worcester, Mass.). Growing up and training wrestling in the Northeast, they are champions in ring and friends away from it.

When they formed as The Kingdom in Ring of Honor, it clicked immediately. The Kingdom brought it strong in their ROH debut in October 2016 against Bullet Club (Adam Cole and The Young Bucks) … Read the Full Story HERE