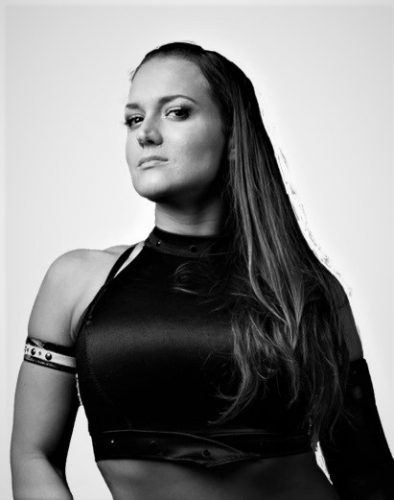 Women of Honor Champ Kelly Klein will defend her title in South Florida as Ring of Honor makes its Miami debut on Sunday at the Watsco Center at the University of Miami. The event will be streamed live worldwide for HonorClub members.

Ring of Honor’s Women of Honor Champ Kelly Klein will defend the title against international star Mayu Iwatani when ROH makes its Miami debut on Sunday at the Watsco Center at the University of Miami in Coral Gables.

Hear Klein discuss her opponent in Miami in my interview with her. She also talks wrestling in Miami for the first time and her work schedule.

Klein, 33, has come a long way since her start in pro wrestling in 2005. Originally from Cincinnati, Ohio, she competed on the indies. Her athleticism, aptitude, dedication and training throughout her wrestling journey paved the way to competing in Japan for Stardom.

As for Ring of Honor, she is a Women of Honor original, debuting in 2015 … Read the Full Story HERE