The views and opinions expressed herein are those solely of the author and may not necessarily reflect those of the rest of the human race.

Heya and thanks for coming back to our coverage of MLW on The Gorilla Position! Last week I had to go long with this as I just got back from vacation. Not this week, Jack. Just one note of business before we get to it…

There’s a reason this is a little later than usual and probably will be going forward. You might have noticed last week that I did the review and then we put up the episode. The decision was made – why not combine the two? This way, you can read the recap and then decide for yourself. So, this week’s episode will be tacked on at the end and that’ll be the format going forward. You’re so welcome!

Right, then: If you’re here for play-by-play, star ratings, or discussions about booking or finishes, you’re in the wrong house. Our tagline here at The Gorilla Position is, “Telling the stories of pro wrestling’s storytellers.” That is how the matches will be recapped – not move-for-move, but the story being told in the ring. Also, this is a live event, not Game of Thrones. There are spoilers here insofar as results.

And now, as Tony Schiavone would say, “Let’s go to the ring!”

Show opens with Tony Schiavone and Rich Bocchini welcoming us to tonight’s episode:

Having had their issues with the Blondes before and knowing they’re bringing in an extra side of beef in the form of Parrow, why not bring some big guns to counter that?

Cade and Yuta’s familiarity with Cade and Brien and superior agility is something that Yuta zeroes in right off the bat as he looks to confound Patrick with several pin attempts. Yuta is clearly in control, prompting Cade to tag himself in and continue the assault. His cockiness backfires as this gives Patrick the chance to bring in Parrow. The size and strength advantage is too much as Parrow simply mauls Cade. Cade is able to escape and even up the odds by bringing in Giddins. With the odds evened up, the Blondes are still more in sync than Cade and Yuta. The latter team is able to sync up and take control while Giddins has Parrow neutralized for the moment. But the story remains – while Cade and Yuta are in agreement, they’re a great unit. If not, then, well…

Finish comes when miscommunication between Cade and Yuta results in Cade being left alone in the ring – ripe for a powerslam by Patrick. Afterward, Cade storms off and leaves Yuta in the ring alone.  Maybe a match between the two could settle this?

Schiavone pimps the main event and the Battle Riot! It’s THIS THURSDAY, folks!

While I was away in Florida, poor Jake Skye – aka The Kid That Makes Kris Levin Look Middle-Aged – got his ass handed to him by Su Yung and Zeda Zhang. Poor kid doesn’t have much of a chance this week either as a fired-up Hughes simply overwhelms Skye with a blatantly obvious size advantage.

Finish comes when Hughes flattens Skye with a side slam for the 3-count pinfall.

Footage airs of Strickland being loaded into an ambulance. The perpetrator, we now know, is not Low-Ki, who was at his fight camp in California.

This one has been building for a minute or two now. Outside the ring, this is a natural rivalry – dirtbag versus rich kid. Inside, just as natural – MJF’s finesse (and underhandedness, admittedly) vs. Janela’s brawling style.

Both of those facets are on display out of the gate as Janela takes the fight outside the ring after MJF rakes his eyes. MJF is no stranger to getting dirty (despite his pedigree) and is able to turn the tables on Janela by throwing him into a table. Janela is on his turf outside and isn’t afraid to risk his own well-being, so he’s easily able to take the advantage back from MJF.  After softening him up outside, Janela is ready to finish the job inside but can’t quite put the resilient aristocrat away. MJF finds himself in the same situation when he switches to a much higher-impact game to knock the wind out of Janela and it’s Janela who won’t stay down. MJF returns to his nefarious ways but makes the mistake of introducing a weapon to a brawler.

Finish comes when MJF brings a chair into the ring that Janela kicks back in his face. Janela is able to score the 3-count pinfall victory.

However, our story doesn’t end here. It was Aria Blake that introduced the chair that MJF intercepted. With somewhat of a history there, MJF blames Blake for the loss. Janela isn’t having this and the two continue to fight on the stage.

We get word that Strickland has been treated at a local facility and has been cleared to face Low-Ki next week for the MLW World Championship. Still no suspects in the attack as of yet.

Bad blood between Team Filthy and the Stud Stable aside, this is a dead heat in terms of skill set. Neither man is able to overcome the other in the early going relying on wrestling. Hager is the first to change gears and uses his size advantage to ground Lawlor. Hager’s overconfidence in his superior size costs him though when Lawlor uses it against him and Hager’s shoulder meets the steel. Lawlor becomes a piranha with Hager’s damaged shoulder as the bait. The continuous work on Hager’s shoulder serves Lawlor later on as Hager regains control and goes to the patented ankle lock. A move Hager cannot maintain due to the shoulder, allowing Lawlor to escape certain doom. Lawlor has Hager in the crosshairs when Parker has all he can stands and can’t stands no more.

Finish comes when Parker summons the rest of the crew to attack Lawlor and Gotch at ringside, granting Lawlor the decision by disqualification. Another story that will not end here as Team Filthy’s disrespectful ways come back to haunt them. Lawlor speaks from the stage afterward and stakes his claim to the Battle Riot coming up this week!

Instead of leaning heavily in one direction or the other, this week’s Fusion was a good mix of in-ring action and story development. There’s nothing wrong with a disqualification finish once in a while to advance a story and having others that did so with clean finishes helps the balance as well.

BUT DON’T JUST TAKE OUR WORD FOR IT…

Saturday nights at 6:05pm EST, MLW releases the latest episode of FUSION for free in full with NO commercials on the MLW YouTube channel! Don’t miss a single episode… but if you do it’s posted each week! Binge on every episode of FUSION and watch 60 minutes of high octane wrestling. Watch MLW on the go!

WATCH THE FULL EPISODE OF THIS WEEK’S MLW BELOW:

Watch MLW Wrestling and catch up on past episodes of MLW Fusion on the MLW YouTube Channel!

For the first time in 16 years, Major League Wrestling will return to New York on Thursday, July 19! 40-men will enter the ring in the first-ever Battle Riot! Tickets are available now but hurry – they’re going fast! 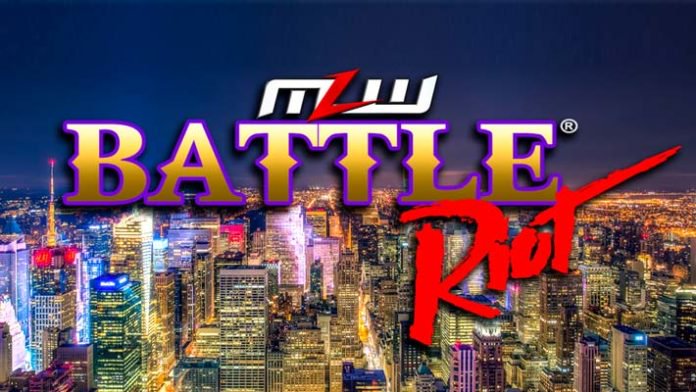