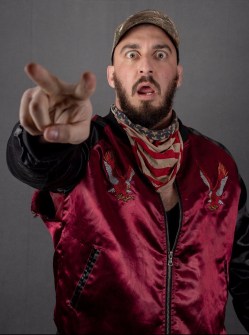 Are they friends or are they foes? The maniacal mercenary Sami Callihan and the “Southern Psychopath” Mance Warner will square off in this week’s main event.

The Lucha Bros fight Air Wolf & Rey Horus in high-flying tag team action as both teams look to climb the rankings in the stacked tag team division. Salina de la Renta and Promociones Dorado are on the warpath. What does that mean for their enemies?

League officials have brokered a match with the outsider Samael to face Romero 1-on-1 on Fusion. What type of mischief has The Hart Foundation caused in MJF’s rental car? Find out on a special 4/20 edition of H2tv.

Plus, Gringo Loco vs. Puma King in lucha action.