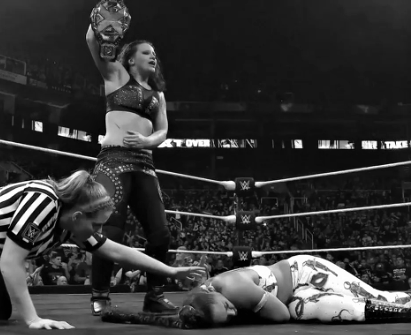 WWE NXT TakeOver: Phoenix proved to be another stellar show, highlighted by matches like Bianca Belair vs. Shayna Baszler and Johnny Gargano vs. Ricochet

You can always count on the Undisputed Era to tear the house down when they kick off a WWE NXT TakeOver show, and that’s exactly what they did in Phoenix against the War Raiders. And while that match was excellent, it wasn’t even the best bout of the night, as Johnny Gargano, once again, claimed that honor for himself with his show-stealing effort against Ricochet.

Bianca Belair vs. Shayna Baszler was also excellent, and Baszler’s ability to tell the perfect babyface/heel story with any competitor is truly remarkable. In WWE, she’s seen as someone with an MMA background, but in MMA, she was seen as someone who brought pro wrestling to the sport. So it’s no surprise that Shayna, who now has plenty of experience working in NXT, just *gets* it in the ring.

As per usual, there wasn’t a single sub-standard match on the card, and three matches were legitimately excellent. But what are some of the broader takeaways we can make from the strongest individual performances tonight from the likes of the War Raiders (Hanson and Rowe), Johnny Gargano, and Bianca Belair?