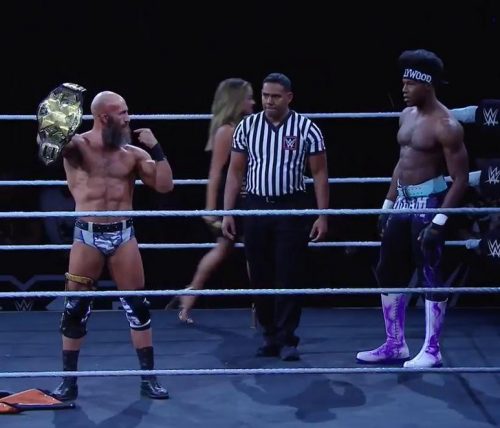 In what has unquestionably been the hottest calendar year for WWE’s unofficial third brand in NXT, the promotion’s fifth and final TakeOver card of 2018 once again delivered fireworks. Despite a main event that seemed to drag at times, Saturday’s TakeOver: WarGames II card from Los Angeles — one night before Survivor Series inside the Staples Center — NXT continued to make the argument that it’s not just the best pro wrestling brand within WWE, but possibly the world at large.

Johnny Gargano, who following up on the prompt from NXT announcer Mauro Ranallo, might as well call himself “Johnny TakeOver” from this point forward as he took part in his fifth sensational match of the year against Aleister Black. Yet it was the NXT title match between Tommaso Ciampa and Velveteen Dream that stole the show on this night, and might’ve previewed what the future of the main roster could look like.

It’s incredible to think that TakeOver was able to provide so much entertainment with just four matches over a three-hour card, yet even if Saturday’s card was the worst of the five over this calendar year (depending upon one’s preference), it was still better than all but a small handful of main roster pay-per-view shows over that same time period. NXT’s roster is as deep and talented from top to bottom as it ever has been with the sleek and simple TakeOver formula operating at a near immaculate level in terms of consistency and quality … Read the Full Story HERE