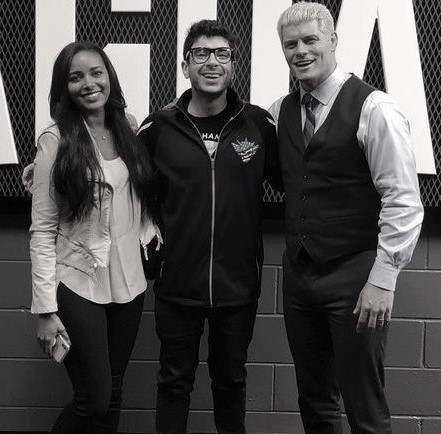 With a first live show, Double or Nothing, set for May 25 in Las Vegas and another, Fight for the Fallen, just announced for July 13 in Jacksonville, All Elite Wrestling executive vice president Cody Rhodes took some time for a Q&A with The Post’s Joseph Staszewski.

Q: You use the word “fresh” when describing AEW. Why was that the direction you chose and how has that affected how you guys have built the company?

A: In terms of talent, that’s what matters a great deal to me. It’s one of the biggest factors in hiring is fresh. To give you an example: We’ve all watched a lot of wrestling where a lot of guys have been recycled and rehashed and reused, and there is always a lot of activation of the legend. I totally get that. I’m not anti it. I just think, if you’re starting a company and not many people have been starting a company in wrestling, you start with people they haven’t seen and people who haven’t gotten the opportunity and get to grow up in front of you and balance it out.

Chris Jericho is a six-time world champion, cool. And that only helps the people he shares that locker room with, and that’s been a big thing. It’s ironic that it’s the ex-WWE guy saying it in me, but obviously we don’t just want to do, “He’s ex-WWE, let’s throw him the world and hope he comes hang out with us.”

Q: AEW president Tony Kahn, on Jericho’s podcast, talked about trying to build a roster that has that eight to 10 core talents that you know you can push and build around it. Why was that the philosophy?

A: I think Tony’s initial investment in all of this, it didn’t start with, “I want to run the alternative wrestling company.” It started with The Elite itself… Read the Full Interview HERE