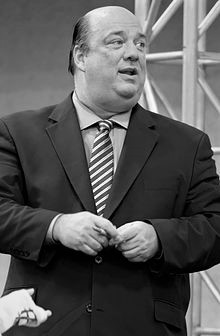 After three days of embarrassing attendance at the Stomping Grounds pay-per-view and the subsequent editions of Raw and SmackDown, and after months of chatter that the product had sagged and stagnated, WWE finally decided to make a big move last week. That the move in question wound up being the shock announcement of Paul Heyman and Eric Bischoff as the newly appointed “Executive Directors” of Monday Night Raw and SmackDown Live, respectively, was… well, let’s just say unexpected. Installing those two veteran wrestling hands in newly created roles felt very storyline, although the news arrived with assurances that the two would have real creative responsibilities.

The question was what that would mean. Heyman was already working on the WWE creative team and still seen as sharp, but Bischoff hasn’t worked in such a role since being sent home from Impact Wrestling in 2012 and hasn’t been successful at it for over 20 years. The fact that Vince McMahon, when presented with a chance to modernize his promotion, turned to a pair of his fellow ’90s wrestling war promoters was not promising. But until this week, there was nothing to do but speculate about what it all might mean.

Multiple reports have indicated that Bischoff won’t take over SmackDown until after July 14’s Extreme Rules event, but that Heyman would already be doing his thing on Raw this Monday. Watching this week’s shows sure seemed to confirm that. SmackDown felt exactly the same, but Raw was noticeably different in variously wild and Heyman-accented ways… Read More HERE